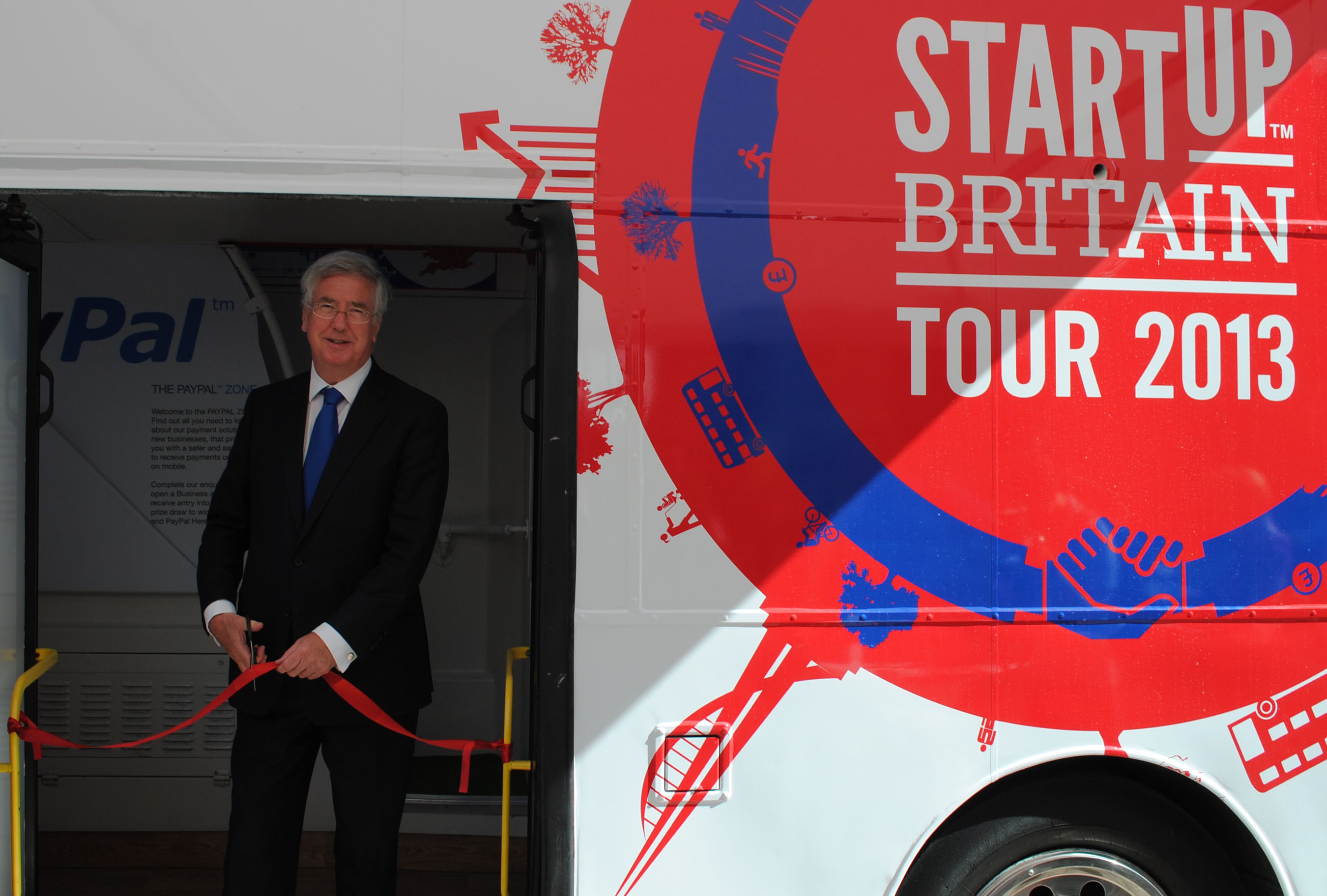 For the third year running, the double decker campaign, filled with start-up experts and business champions, will tour 25 towns and cities across the UK to deliver help and support to the growing number of people who are becoming entrepreneurs.

Business Minister Michael Fallon said: “The StartUp Britain bus tour supports the government’s drive to build a culture of enterprise and I am encouraged to see that this year the bus will visit more locations, reach more people and show that anyone can start a business, anywhere.”

Hand in hand with the event, Lawrence Tomlinson, entrepreneur in Residence at the Department for Business, Innovation and Skills, launched a new Growth Idea competition. He will give away his £10,000 salary to whomever submits the best idea for UK growth.

“Boosting growth is extremely important to me,” said Tomlinson. “I strongly believe the answer does not just lie with politicians, advisers and civil servants, but is something everyone should have the chance to contribute to.”

You have until the end of Global Entrepreneurship Week to come up with a ground-breaking reform that will drive growth. Entrepreneurs from around the UK will be able to enter the competition abroad the StartUp Bus, where the winner will be announced on Friday 22 November.

Since the launch of StartUp Britain two years ago, numerous people have started businesses, according to co-founder Emma Jones. “We’re in the middle of a heat wave, Andy Murray just won Wimbledon and everyone is more positive about the future of the British economy than they have been for years. By taking our bus around towns and cities in England, Scotland and Wales, we want to give people the confidence to find their inner entrepreneur – and provide a boost to their own local economy as well as the national one.”

Here are some key stats surrounding start-ups in the UK:

Fnd your nearest bus stop for the StartUP tour.