Education: studying for AS levels in maths, biology, Latin and chemistry.

Real Business (RB): First off, why did you apply for Junior Apprentice?

Hibah Ansary: Business has always been something I’ve been interested in and passionate about, even though I haven’t had that much experience.

The Apprentice television show has been one of my favourite shows since the series began. So when a friend told me the BBC were looking for 16 and 17 year olds to take part in the Junior Apprentice, I literally jumped for joy. I quickly got my online application done and was really keen to get far in the process so I could learn the tricks of the trade from no other than Lord Sugar himself.

RB: How did you find your time on the show?

Hibah Ansary: It was the best experience of my life. I enjoyed the tasks and the competitive nature of the show, as I felt the challenges really stretched me and pushed me to be the best I could be. But apart from all the hard work, I found the tasks themselves so fun to be involved in, especially task two, as it really got creative juices flowing.

On the other end of the spectrum was life away from the tasks. Living away from home with nine complete strangers was such a fun and exciting experience. With all the contestants from the same age group, we could relate to one another a lot more, which is maybe an advantage to the main series.

My time on the show was challenging but rewarding and even though I would have loved to get further in the show, I wouldn’t have changed anything. No regrets!

RB: Let’s dish the dirt: what did you really think of Lord Sugar, Nick and Karren?

Hibah Ansary: Lord Sugar was certainly not how I expected. Aside from the fact that he was a lot shorter than I’d thought, he was also a lot more approachable and understanding than TV makes him seem. One thing I can say for sure is that Lord Sugar is omniscient; he finds out everything and gets to the bottom of who’s to blame accurately. There’s no escaping the Sugar!

I’d been a fan of Nick Hewer ever since I saw him on the first Apprentice episode I watched. Again, Nick was very approachable and actually cracked a few good jokes whilst he mentored me.

Karren was also great to be around, she has a really nice, warm and friendly nature. And it was nice and refreshing to be with a woman who has achieved so much in business, it was a privilege.

RB: Who do you think is the strongest candidate?

Hibah Ansary: We all have strengths – it really was survival of the fittest. That’s what made the contest so demanding, the level of competition.

I certainly think Zoe is a very strong candidate, she was a commanding presence and she is not afraid to say things as they are, which is a key trait in business.

Tim is also a very strong candidate. Over the first two tasks, he may have seemed to take a back seat a little, but I would certainly say do not underestimate him. He has very good common sense which sometimes overrides any qualification in business, lateral thinking is key.

And Arjun, well, he might be vertically challenged, but he is a genius whiz kid inside. And he showed a lot of business acumen early on in the show.

Meeting new people, they’re all really great and I’m very much in touch with everyone, I made some great new friends. Also meeting Lord Sugar, Nick and Karren.

Staying in and getting to run around London like a headless chicken on tasks. I’ve always loved London as it’s such a bright and lively city and I really got a taste of what life there is like. I’d love to live there in the near future.

RB: So what are you doing now you’re off the show?

Hibah Ansary: I am currently studying for my AS levels in Maths Biology Chemistry and Latin, and exam time is approaching!

RB: What are your hopes for future career? Become an entrepreneur?

Hibah Ansary: I hope to study medicine at a London-based university. I have a particular desire to study my course at Kings College London.

I would then like to go on to specialise in surgery and plastic surgery and set up my own clinics later on. There is nothing more appealing to me than helping someone change the way they look and feel if they are unhappy about it. Also if people have been involved in unfortunate circumstances and need to change the way they look for medical purposes, this field of surgery can really improve their quality of life.

RB: What would you say to any fellow young people? Any advice?

Hibah Ansary: Don’t ever doubt your own abilities and don’t let others put you down. There will always be people who are better than you, or who beat you and get better marks. But look at yourself as an individual, you have your own worth. Find what you are good at and enjoy it, that’s where the success is.

RB: What have you learnt about business from your experience on Junior Apprentice?

Hibah Ansary: You have to be passionate and really keen to become something. If you’re not, business won’t be for you. Determination and sticking at things, even when the going is tough, and also accepting that sometimes you will fail, there will be that time you make a loss instead of a profit, or come up with a bad idea or mess up a pitch.

Don’t let that be the end, pick yourself up and keep going. Failures make who we are and shape us. We learn from our mistakes in business so always keep your head held high. 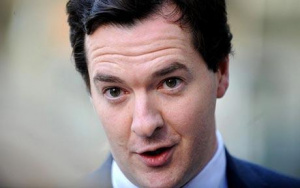