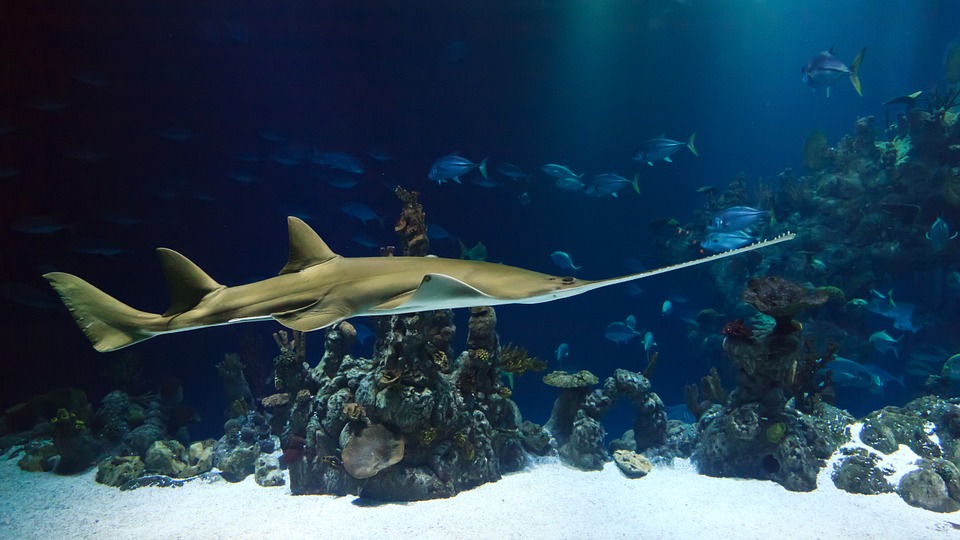 I don?t know about you, but when I go to the seaside, my immediate thoughts ? aside from wondering how cold the sea is ? move to food.

Specifically, cod and chips, washed down with a helping of ice cream and doughnuts. Yes, I eat a lot, who are you to judge? Sure ? you might be a fancy a bit of rock, a fishcake, or even a burger or battered sausage if you?re not a seafood lover, but you can always assume what you?re offering to customers will hit the spot, can?t you? Not quite. Tesco made the discovery that shoppers have quite the obsession with avocado earlier this year and now, like two life partners who unearth one another?s secrets as time passes by, the supermarket has found out more about its shoppers. Deciding it was time to give its fish counters an update, the retailer started to actively promote a variety so unique, you might say it didn’t want store supplies to be considered common plaice. Out came the unusual offerings, such as swordfish, megrim and brill, and it turns out customers took the bait as sales have leapt skywards with all of the grace of a flying fish. Over the year, the increased demand resulted in sales growth of: In addition to better marketing and an enhanced range, the sales spike and increased interest in fish beyond the usual cod and haddock is a result of Tesco training staff on the specifics. Workers across 650 counters nationwide were brought up to speed on the alternative varieties available in order to offer customers advice and recommendations on flavours and recipes.

Check out my previous columns:?

Now, if you?re a retailer that sells clothes, I?m not suggested you start dishing out salmon fillets with each pair of shoes sold. What I am saying, is that you should never assume you know everything ? communicate with your customers. And if you don?t know everything, your workers certainly won?t, which is why it?s important to remember the power of giving them the opportunity for training.

Although many employers believe that money is the main motivation, it?s been shown time and time again that lack of career progression is a large factor behind the reason for employees departing. Indeed, a report at the start of 2016 found that poor prospects was the most common reason for workers wanting to leave their jobs. Training them up, in the same way Tesco has, would go some way to help improve retention, while also delivering your customers a better class of service.

According to Tesco, 28 different types of fish certified by the Marine Stewardship Council were introduced to counter in recent months.

?We now offer more fish choices than ever before, which has helped our customers explore and discover some of the more unusual but fantastic tasting varieties that are now readily available like, Monkfish tail, swordfish and Megrim,? said Tesco fish buyer Andrew Haigh. ?All of our fish counters colleagues are specially trained so they can help customers, angling for something different, with their fish choices and offer cooking, recipe and serving tips. We are seeing that shoppers? tastes are changing, which is taking the pressure off the demand for the UK?s traditional favourites like cod and haddock.? Whatever sector you operate in, chances are that there?s a new market that can be tapped into, regardless of how niche it may seem at first blush. With enough creative thought, there can be a swordfish for everyone. Unless you?re a cinema that wants to cater to customers by allowing them to use their phones during films. That?s just ridiculous. By Zen Terrelonge