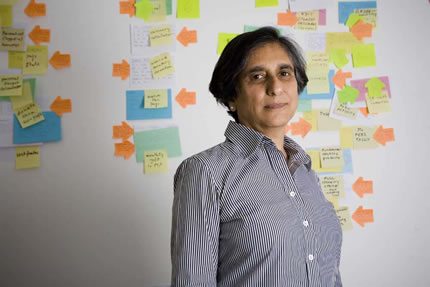 Mission: Help charities raise money If you’ve sponsored a friend on a charity fun run or a bike-trip across the Andes, you’ll be familiar with Zarine Kharas’ JustGiving.com. The website handles sponsorship for individuals raising money and has been used by more than ten million sponsors, raising cash for 8,000-plus websites. JustGiving is a profit-making venture, taking five per cent of the money pledged by sponsors. This detail doesn’t seem to raise any objections from either the charities who receive the money or from donors. And why should it? JustGiving has proved itself to be the most effective way to handle charity sponsorship, massively increasing the money raised, including the Gift Aid tax bonus, from which JustGiving deducts its fees (ensuring £10 pledged means £11.92 goes to the charity). In fact, 30 per cent of donations would not be made without JustGiving. Almost £700m has been raised through JustGiving, making it a cornerstone of Britain’s charity scene. Read the full feature on social entrepreneurs:   Read our profiles of the other new social entrepreneurs: One Water Holts Academy Shiply New Model School Company Unpackaged Media for Development Bikeworks Brighter Future Workshop Women Like Us Pants to Poverty Spruce Carpets