Price is the director of Jordan Trading and KDC Trading, which are worth an estimated £1.25m. Despite her recent personal dramas (breaking up with Peter Andre, marrying cage-fighter Alex Reid, splitting up with him… we lose track), her companies both have strong credit scores and are regarded as being of “good creditworthiness”.

Research from Creditsafe, the business intelligence experts, shows that Price is the most-searched female director in the country, ahead of entrepreneur Hilary Devey, the newest member of the BBC’s Dragon’s Den, and Deborah Meaden.

The Apprentice’s Alan Sugar tops the list of most-searched male company directors. David Beckham, at number eight in the rankings, is currently listed as a director of seven active trading companies, including Ingenious Film Partners.

Wayne Rooney, ninth in the rankings of most-searched male directors, is also striking out as a businessman, with investments in the film world such as the Invicta Film Partnership.

“The power of celebrity is increasingly pervasive in the business world and the lines are becoming increasingly blurred with Richard Branson, Alan Sugar and the Dragons becoming media stars in their own right,” says David Knowles of Creditsafe. “Sports stars such as David Beckham and Wayne Rooney are savvy businessmen, investing in tax efficient  operations and actively engaging in the financial world.”

Over 2.5 million Creditsafe director profiles have been accessed in the UK in the past 12 months, as businesspeople seek to establish the credit record of potential trading partners and customers. Director profiles reveal such juicy insights as to whether an individual has been issued with CCJs, have previously been disqualified from holding a directorship or have been associated with a failing company.

The top five companies researched in the UK over past year are: Rok; Connaught; Tesco; City Electrical Factors; and Manchester United. Rok and Connaught both entered into administration in 2010, with credit controllers and professionals regularly checking credit reports on the companies to manage their risk and consequently limit their exposure to these enterprises.

Creditsafe has also revealed that more business credit checks are run at 11am on a Tuesday than at any other time.

Can anyone out there shed light on why this might be? 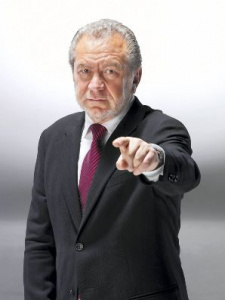 What does your brand name say about you?