John Connolly, the managing director for Centre for Digital Innovation in Hull, told Real Business in 2016 that broadband provider KCOM gave the city special treatment, in a way, having skipped the dreaded “fibre to the cabinet” (FTTC) approach favoured by BT. Instead, it went straight to “fibre to the premises” (FTTP), which delivers up to 1GB/sec to local businesses – and keeps seeking ways to ramp up its offerings.

It’s latest move to move away from copper telephone lines is part of its endeavour to give Hull a competitive advantage, with CEO Bill Halbert explaining: “Copper cannot handle the future. It has to be fibre all the way. That’s one of the big national challenges for our economy.”

Indeed, KCOM hopes it will boost its roll-out plan to get the final 25 per cent of people not using its FTTP offering on board. But will the endeavour really get the remaining stragglers to make the switch?

“For the business community the retirement of the old copper based telephone line systems is something that may not matter that much,” thinkbroadband.com editor Andrew Ferguson suggested.

“Many businesses over the last few years have ditched multiple landlines and shifted to using VoIP solutions that can deliver multiple lines over a single broadband connection. Cost has been the major driver in this area since its ten VoIP lines are considerably cheaper than ten landlines.”

Sure, the removal of copper wires would mean the end of the fax machine, but given its outdated nature, most companies have already strayed away from using it.

But more importantly, Ferguson declared, is that companies won’t lose access to traditional phone lines – “rather than coming across a pair of copper wires you will have a plug and play box that sits on the end of the fibre connection and lets you plug in a telephone line. It is possible that KCom may seek to do more than a simple conversion from copper to fibre and offer many of the options that VoIP providers do.”

One issue comes in the form of companies with alarm systems relying on a phone line to report back to the alarm company, and Ferguson is convinced a shift needs to be made either in terms integration or the introduction of mobile connectivity.

While it doesn’t look set to change the ways of the SME world, there is an advantage to be had. It’s hold across the UK is small, so managing the switch won’t prove too difficult. No, the difficult part for KCOM will come in the form of persuading companies that don’t necessarily use the internet for much to make the jump.

“My expectation is that when the switch off finally happens it will be a staggered affair with initial pilot areas and once a few areas have switched successfully the switch over rate will increase,” Ferguson said.

“As yet no firm calendar has been published, and obviously it cannot be a total switch off until the Lightstream products have been rolled out across all the KCOM area and at present they are just over half way done with an aim of three quarters by the end of 2017.” 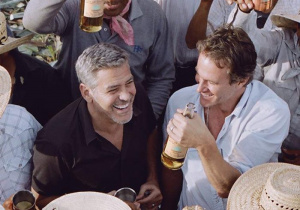