Given last year’s movements, it’s well worth keeping your company on top of the currency trends to come in 2015. If you don’t believe you need to, just check the news – newspapers are full of stories about companies missing their earnings targets because of unforeseen costs associated with currency rates. According to a study by FiREapps, this kind of exposure collectively cost multinationals £2.5bn in one quarter alone.

It’s important to plan ahead, and with the new year dawning, now is a sensible time to prepare your business for the currency movements expected in 2015.

Here, experts from global money transfer service, UKForex, give their tips for the year to come.

The eurozone economy has been through a world of pain in 2014. A divergent central bank and poor data readings led to low confidence in the currency, and as such, the euro significantly dropped in value against the pound over the course of the year.

This is a risk to consider in 2015. The weakness seen in the euro against the pound is likely to continue into next year. Some have gone as far as predicting that the euro may drop to meet the value of the dollar by the end of the year. This may be far-fetched, but what’s certain is that 2015 looks good for British importers from Europe.

However, if you’re a small business exporting to Europe, you may see waning demand as customers seek better prices from other currencies. A specialist currency provider can help you tackle this problem head on, advising on the best pricing policies, contracts and other measures to head off currency risk.

The US has long presented strong opportunities for UK businesses, and 2014 was no different. For those who imported last year, the beginning of 2014 presented excellent opportunities – the pound was strong against the dollar for months, reaching a high point in July.

Since then, however, the pound has dropped in value against the dollar, and this trend looks set to continue in 2015. Only a couple of months ago, the US successfully ended its supportive programme of quantitative easing. Combined with strong employment figures from North America, this has boosted the dollar in recent months.

UKForex’s US expert, Lennon Sweeting, advises that if the economics continue to unfold in North America’s favour, UK companies who establish forward currency contracts will be best placed to reap the benefits in early 2015.

“If you’re trading with the States, a forward contract can help you establish a strong exchange rate now to save revenues down the line. Otherwise, you’ll need to be patient and wait for what the summer brings,” he adds.

UKForex’s Matt Richardson, based in Australia, says 2014 was a good year for the pound against the Aussie dollar.

“Though strong in 2013, the Aussie dollar has now fallen on hard times, tumbling to a four-year low against the US dollar in 2014. This has been great news for British importers from the country, and the outlook for 2015 suggests there’s more to look forward to. Depending on the strength of global growth, especially in the US, the recent drop in the Aussie dollar’s value looks to be a trend to rely on in early 2015.

“Nothing can be set in stone,” he adds, “but 2015 could very well be your best time maximise your importing from Australia.”

As with the euro however, a weak Aussie can be both a blessing and curse for UK businesses. A long-term currency risk plan can be a fantastic measure to ensure your business stays on top of currency volatility in 2015.

Alex Edwards is head of the corporate desk at UKForex. 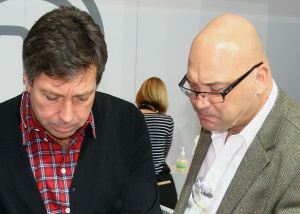 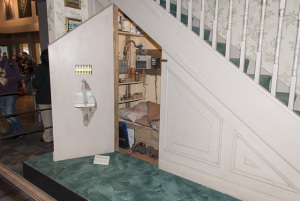