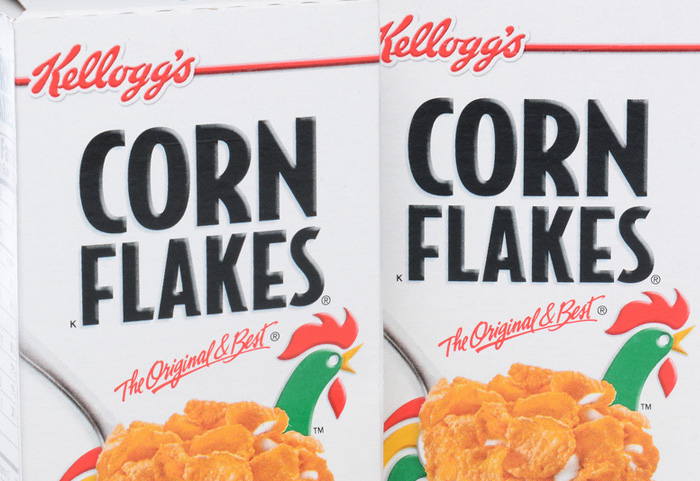 Share via
Having first been launched in 1924 and currently produced to a level of 34m kg a year, Kellogg?s feels it important to remind the UK how much it love?s Corn Flakes. At the centre of the ?10m marketing and advertising push will be a debate on how to put together the ?perfect bowl? of Kellogg?s Corn Flakes, with the business hoping to drive debate across social media channels. Gareth Maguire, marketing director Kellogg UK & Ireland, commented: ?We?ve seen a change in what people eat for breakfast but cereal remains the number one choice in the UK. And we know from our research that Kellogg?s Corn Flakes are the nation?s most loved cereal brand. So with this campaign we hope to further strengthen this relationship between consumers and our brands.? Kellogg?s has recruited ?fans? from around Britain to star in its new TV advertisements, sharing their ?perfect bowl?. The cereal company believes the campaign will demonstrated a ?more contemporary direction? for the brand ? with it shot in documentary style and including real families. In putting ?10m into promoting, Kellogg?s will be hoping its TV adverts are effective across platforms such as Twitter, Facebook and Instagram. The finalists in Unruly?s #TheUnrulies awards showed that Amazon, John Lewis and 7-11 were the most shard retail brands while Fanta, Pepsi and Sprit were the most stared drinks brands. ?After a long break, it?s time for us to start talking about Corn Flakes again and there?s no better way of doing this than through the words of our loyal fans,? Maguire added. ?In 1906 we were proud to create a food which changed the way the world ate breakfast and today, we?re excited to invest in a marketing campaign with fans who are proud to share their love for Corn Flakes.? The nine-month Kellogg?s Corn Flakes TV and social media marketing campaign brings to an end a five-year break in promotion. Figures from Nielsen found Kellogg?s Corn Flakes sales have fallen every year for the last four, alongside a wider 5.5 per cent fall all breakfast cereals in the UK ? down ?77.6m to ?1.34bn. Corn Flakes is the UK?s sixth best selling cereal brand, after Weetabix, Quaker, and Kellogg?s brands Crunchy Nut, Special K and Coco Pops.