Using nearly all of the Conservative’s well-worn “long-term economic plan” phrase, the Queen declared that the David Cameron-led government will “continue with its long-term plan”.

Below, we’ve outlined the important parts for the business community.

First launched under the last government, the Small Business Bill has been at the forefront of new business secretary Sajid Javid’s discourse during the early weeks of his job.

Contained within it are a number pledges including tackling late payment abuse, removing unnecessary red tape stymying business growth, making access to finance easier and opening up public sector procurement. More detail on the bill can be found in our detailed feature.

As part of a plan to tackle the issue no real wage increases being felt, despite the economy improving, the government has declared a ban on income tax, VAT and national insurance hikes to put more money in the pocket of the public.

Since coming into power in 2010, Cameron has consistently increased the tax-free allowance – but raised VAT from 17.5 per cent to 20 per cent.

No income tax for those working 30 hours a week on minimum wage:

This announcement forms part of the government’s plan to cut the welfare and benefits bill. Proving to those entering the workforce on minimum wage that they will earn more than previously received in benefits, it will be hoped that making sure less rely on state handouts will offset the reduction in income tax received.

Free childcare worth 30 hours a week for three and four year-olds by 2017:

Flexible working legislation and Shared Parental Leave will be bolstered by more free childcare for three and four year-olds. By 2017, 30 hours will be available – meaning a doubling over the previous amount.

First outlined by Cameron in the lead up to the general election, the £350m plan will reportedly see 600,000 extra free childcare places created.

It will be funded by reducing tax relief on pension contributions. Cameron has previously said the move is an improvement on the “shocking” state of affairs the coalition inherited in 2010, “where couples were spending as much on childcare as one of them took home in earnings”.

Apprenticeships had been a hallmark of the coalition government, and are set to be continued as an agenda. Cameron and his team have set ambitious apprenticeship targets for the next period of rule, involving more positions, introduction of highly-skilled programmes and transfer to full-time working roles. Part of this growth will be funded using LIBOR fines.

From now on, ministers will have to present annual reports to parliament on the progress being made towards securing the highest employment in the G7 and creating three million more apprenticeships.

In/out referendum on EU membership by 2017 and discussions on reform:

As expected, the Queen confirmed Cameron’s intention to hold a referendum on EU membership by 2017. Many in the business community have called for this to be brought forward to reduce the impact of uncertainty, and this may still be the case, but no firm date has been set.

In what will be the British public’s first chance to convey their opinion on membership since 1975, the Queen also mentioned reform. “My government will renegotiate the United Kingdom’s relationship with the European Union and pursue reform of the European Union for the benefit of all member states,” she said.

Again tied to the Small Business Bill, this pledge is aimed at helping smaller companies create jobs. Previous attempts, such as the Red Tape Challenge and One In, Two Out initiative have brought about mixed results.

Jason Stockwood, CEO at Simply Business, warned: “We want to sound a note of caution on the government’s red tape pledges. Clearly, it is important that the country’s small businesses are able to get on with their vital work without overbearing and unnecessary regulation. However, there is a high risk of good law being scrapped here. Employee rights are vital for a stable economy, and it is important that some of the most extreme Conservative plans, such as no-fault dismissal, are resisted.”

In light of the recent strike threat by unions in the rail sector, and continued industrial action by London Underground staff, the speech brought the issue to the surface.

“My government will bring forward legislation to reform trade unions and to protect essential public services against strikes,” the Queen stated.

The new Trade Unions Bill is being mooted as one of the most controversial in this coming session of parliament as it will introduce a 50 per cent turnout threshold for strike ballots and make union members opt into political funds rather than allowing them to be run on an opt-out basis. 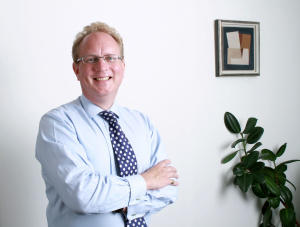