High achievers, unsurprisingly, are driven by a strong motive to achieve. They have a strong desire to accomplish something important. Whilst less accomplished individuals are often more motivated to avoid failure, often resulting in them achieving less.

Having spent two decades working with business owners, leaders and entrepreneurs across a variety of industries, organisations and countries, I’ve identified seven key characteristics which make up the DNA of a high achiever.

High achievers are action orientated. Their approach is ready – fire – aim rather than the traditional ready – aim –fire. They translate positive intentions into tangible results and are often restless, never standing still, always thinking, taking action and on the move, all while testing and applying ideas. Figuring out what works and replicating it and what doesn’t, changing their approach until it delivers a positive outcome.

High achievers have the ability to transport themselves in to the future in their mind, create clarity on what it looks like, feels like, and acts like, and then, coming back to today, translate their vision into reality. Being clear on their vision, they define a pathway, knowing that if they veer off course, with a clear destination point they can quickly take corrective action.

There is a wise Russian proverb that goes: “If you chase two rabbits, you end up catching neither.” Are you suffering from rabbit-ism? Most people are better at dreaming up new ideas than making them real, and if you’re not focused, there is an inherent risk of being known as a great visionary who never made anything happen.

Put simply, discipline is consistency of action and consistency over time. Doing something even if you don’t feel like it. High achievers understand this and view discipline as commitment, dedication and excellence rather than an inconvenient burden to be endured. Sustained success is all about discipline. It’s the bridge between goals and accomplishments.

How do you cultivate discipline? By building habits. Start small, gathering momentum, reinvest it in progressively bigger changes to your routine. For example, you could start small with a simple but unbreakable promise to do one small thing every single day that moves you closer to your goal.

Winning mentality starts with a positive attitude, and the good news is this is entirely achievable through determination. It’s about having a can do/ will do mentality rather than a can’t do/ won’t do one.

What makes the difference? Ownership and personal resilience. The ability to take ownership for your own life, purpose, goals, aspirations and make them happen, and the ability to get back up when you get knocked down.

I often use the saying, “the day you stop learning is the day you stop earning!” In an increasingly competitive world, there is no such thing as standing still. All around you, people are actively moving forwards and standing still means falling behind. High achievers have this insatiable thirst for learning. They keep feeding their mind, growing personally and professionally.

High achievers are in a restless pursuit for adding value in what endeavour they have committed to. They are focused on helping others and making a positive difference first – throwing the boomerang far and wide – knowing success, in whatever form this may be, will follow. 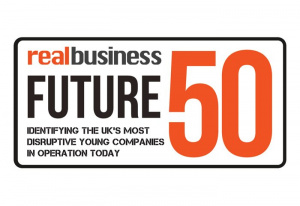