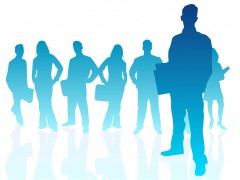 Networking pays its dividends for media companies, with the majority of respondents claiming that a significant amount of new business is achieved this way. Some 15 per cent even say that around 75 per cent of new contracts are secured as a result of networking, while 18 per cent claim to have secured half of their deals through such events.

Media professionals are well connected globally, with 44 per cent saying their contacts span over ten countries, while 36 per cent are in touch with people from 100 or more companies. Furthermore, 54 per cent say they see their global contacts at industry events once or twice a year. The personal touch is the choice for 40 per cent, who prefer in-person meetings such as drinks or lunch, citing it as the best way for keeping in touch with local connections. Meanwhile, 30 per cent prefer industry events such as conferences and seminars. A time pressured 29 per cent resort to online mechanisms to maintain local relationships, primarily on LinkedIn. Some 52 per cent say they spend 75 per cent of their networking time online and 25 per cent face-to-face. However, 44 per cent say they split online networking evenly between social and professional purposes. Whether it?s online or offline, networking takes up a significant amount of time: 37 per cent claim to spend one to three hours a week online networking and 25 per cent between three to five hours.  Some 33 per cent say they spend between one to three hours a week networking face-to-face, while a busy 15 per cent spend five to ten hours face-to-face. The Festival of Media Global is taking place in Rome from April 6 to 8. By Shan? Schutte