I was delighted at the announcement of the government’s Kickstart Scheme back in July – offering support to both businesses and our young people. This £2bn initiative was originally unveiled by chancellor Rishi Sunak as a way of creating thousands of new jobs and opportunities for young people.

However, when it launched last week, the small print revealed an attempt to streamline the application process is in danger of limiting its effect.

Part of an emergency package designed to support employment as COVID-19 threatens to wreak havoc with the UK economy, it offers the prospect of a six month paid work placement for those youngsters aged 16 to 24 on Universal Credit.

Two months ago, the chancellor called on “every employer, big and small, national or local” to take on as many Kickstarters as possible.The scheme was simple. The government would cover the cost of 25 hours work a week on National Minimum Wage, with the employer topping up the wage should they wish.

Importantly, these are new jobs and must not replace existing vacancies or impact on the hours and livelihoods of existing employees. However, when unveiled last week, it turns out only those employers of sufficient scale to create 30 or more placements can apply directly for support. This effectively means the main beneficiaries are corporate entities – and excludes many start-up and scale-up businesses who had been willing to take part.

There is a slight caveat. The government will allow the participation of smaller firms if they pool their applications and find a representative to co-ordinate the bid. This can be done by establishing a partnership with similar employers, a trade body, local council, or other suitable organisation. Back in July, the scheme was greeted enthusiastically by many small and medium businesses who now deem it ‘over complicated’ due to this restrictive eligibility criteria. There was certainly never any mention of a lower limit on placement numbers.

In response, I have already written to the Mayor of London Sadiq Khan urging him to follow an initiative already under way in the North East. There Ben Houchen, the Conservative Mayor of Tees Valley, has agreed to act as a representative and is inviting smaller businesses in the area to register for a bid that will involve at least 500 Kickstart jobs.

This is a practical response to the complexities of what is otherwise a very worthwhile scheme and I ask why London or in fact any other city or region throughout England, Scotland and Wales can’t follow suit.

This is a smart scheme and we need to come up with a smart way of making it work.

This is not about playing politics but simply cutting through the red tape to fulfil a promise to kickstart the economy and provide valuable job opportunities for young people – many of whom have either lost their jobs as a result of the pandemic or face a future with very few short-term prospects. There are a host of SMEs out there willing to offer youngsters valuable work experience and the skills necessary to give them a leg up on the career ladder.

In July, Rishi Sunak said: “This scheme will open the door to a brighter future for a new generation and ensure the UK bounces back stronger as a country.” I share and support his vision. Putting young people at the heart of our economic revival is essential and I was considering offering several Kickstarter places myself.

Young people mustn’t be left behind due to the effects of this pandemic or because of this scheme’s poorly thought-out criteria.

It seems extra hurdles have been placed in the way of SMEs. But this is not just about small firms losing out – but our young people losing out.

As Mayor Houchen has said: “Being able to provide our young people with a kick start on the career ladder is crucial and better than a life of unemployment which could hold them back for life, so its vital that we keep as many young people economically active and help them develop their skills.” 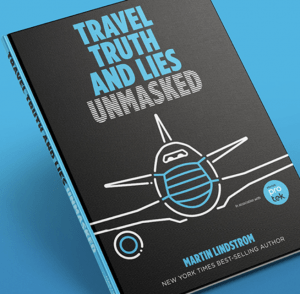 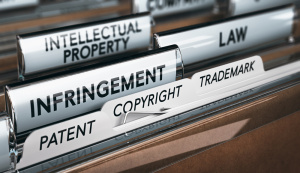