The ability to take initiative is a powerful drug. And this is what makes Zappos so great. The company prides itself on having staff do what they think is best for the customer, and that leeway led to an employee having a call that lasted ten hours and 43 minutes. But Steven Weinstein didn’t mind one bit. He said: “The connection was amazing, and even though I never spoke to this customer before in my life I felt like I knew her for 15 or 20 years. It felt effortless.”

Weinstein broke a record previously set by Mary Tennant in 2012, who raked up nine hours and 37 minutes, with the call spanning topics such as life, movies and food. “Sometimes people just need to call and talk,” she said. “We don’t judge, we just want to help.”

Most companies would arguably believe it takes valuable time away from their jobs, but founder Tony Hsieh decided from the beginning to make customer service the company’s main product.

But no one does it quite like the Ritz Carlton. Employees are trained to anticipate the unexpressed wishes of their guests, and are given $2,000 to delight a guest – not just to fix problems. The culinary team at the hotel, for example, once had an upcoming wedding for a Russian family. The chef wanted to create an authentic menu for the bride, so when she came to the hotel for a tasting she was happily surprised. But after finding out her favourite dishes were prepared by her grandmother, he asked if he could visit her grandmother and learn the recipes directly from her.

(3) Respecting staff and hearing their voices

An example of a leader demonstrating respect to win employees and gain returns was when Campbell’s Soup had lost half of its market value and was on the verge of collapsing. The company’s environment was supposedly so bad that a manager from Gallup described it as “the worst [he had] ever seen among the Fortune 500.”

Doug Conant, the former CEO of Campbell’s Soup, wrote more than 30,000 individualised notes of thanks to his 20,000 employees. He took every opportunity to connect with people and make them feel valued. By 2010, employees were setting all-time performance records, including out-pacing the S&P. Recognition is key if you’re in the game of motivating staff, and this particular example also serves to show that it pays to have the right person at the top.

Respect is also a message Jack Welch, former CEO of General Electric, was a great advocate of. He said: “There are only three measurements that tell you nearly everything you need to know about your organisation’s overall performance: employee engagement, customer satisfaction, and cash flow. It goes without saying that no company, small or large, can win over the long run without energised employees who believe in the mission and understand how to achieve it.”

But at the same time, Welch claimed you’d never earn respect if staff don’t feel they can talk to you about everything. “A remarkable absence of candor in the workplace represents one of the most significant obstacles to companies’ success,” he explained. “In a bureaucracy, people are afraid to speak out. This type of environment slows you down, and it doesn’t improve the workplace. You need to develop a corporate culture that encourages and rewards honest feedback. Reinforce the behaviours that you reward. If you reward candor, you’ll get it.”

Meanwhile, the Financial Reporting Council published a study which powerfully explains the connection between company culture and long-term financial success for companies in the UK. 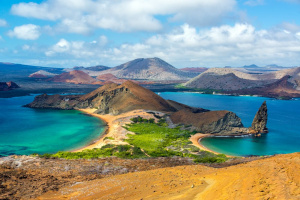 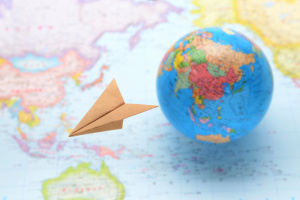