Laban Roomes was brought up by his mother, who worked three jobs and struggled to pay the bills. Inspired by his mother’s drive and tenacity, Roomes was determined to help support her wherever possible.

Roomes explained that they “always struggled to make ends meet when I was growing up, but even from a young age I was determined to change that. One day a gypsy knocked on our door asking if we needed our hedge cut. I thought to myself that I could offer that same service, so I went out and bought some shears and started knocking on doors.”

Before long, Roomes was making more money than his mother. He paid for the bills that his mother couldn’t manage. As he grew older, he started a number of other ventures, including buying and selling cars. With most of his family living in Jamaica, Roomes realised that he could buy a Lada in the UK for £600, ship it to his brother in Jamaica and then sell it for £6,000. By the time Roomes was 19, he had paid off the mortgage on his family home.

A few years later, Roomes decided to move to Jamaica, where he would continue importing and selling cars. When he arrived, however, he found out that his business partner had sold the business behind his back. In the same week, his mother became ill and he had no choice but to return to the UK.

“I was left homeless with only a few pounds in my pocket. Fortunately, a friend put me up on their lounge floor while I got myself back together. It was during this time that I remembered the idea of gold plating which I had seen in America a few years previously.”

Roomes borrowed some money off of a friend and put together some designs for a portable 24 ct. gold plating machine. After finding someone to make the machine for him, Roomes was able to carry the machine on his back, approach businesses and offer a bespoke gold plating service. After six months, Roomes secured his big break with Lexus. He showed up at a Lexus car convention and gave a demonstration on gold plating Lexus car emblems. Overnight, he had deals with 11 Lexus car dealerships.

In 2000, Roomes was asked to gold plate a Nokia8800 mobile. Unknown to him, gold plating phones would be his bread and butter for years to come. Orders began flooding in and Roomes set up a tent in his garden where friends and family helped him gold plate the phones.

And then, out of the blue, Roomes received an email from organisers of the Emmy Awards in Los Angeles asking him to gold plate 55 mobiles to be given to the award winners. Business only continued to go well for Goldgenie and in 2007 Roomes applied to appear on BBC’s Dragons’ Den to secure further investment.

He said: “I was incredibly nervous about going on the show but ecstatic when James Caan agreed to invest in the business. It was like winning the lottery. James was a great mentor to me and I’m very grateful for his support. He helped me grow the business and introduce franchising and business opportunities which have been very successful for those investing in them.”

From then on, Goldgenie began to offer international master franchises as well as low entry business opportunities in the UK. His product line expanding with the introduction of iPhones and iPads, which Roomes and his team embellish with Swarovski crystals and gold. 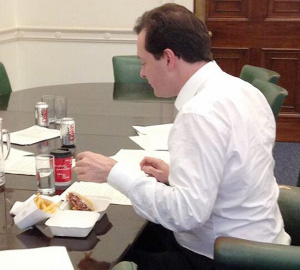 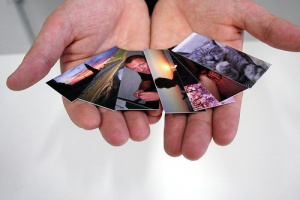