You have to wonder what sort of individual leaks their own party’s manifesto, and to me it says one thing. Someone’s very unhappy with Labour policies and Jeremy Corbyn as their leader, and if he can’t even unite his own party how will he unite our country?

One of the biggest things that people are reacting to in Labour’s leaked manifesto is the plan to raise corporation tax, saying that the additional funds in particular, could contribute to more school spending.

This is a perfect example of cutting the nose off to spite the face. The rise in tax could be the difference between being able to afford to hire another member of staff or not. Labour policies like putting extra funding into education through business taxation is useless when it would impact the creation of jobs for future generations.

To see results from their education pledge, Labour could raise the tax on businesses profits from the current rate of 19 per cent, to 26 per cent in 2020. This has been estimated to raise up to £19.4bn for the government to spend on its proposed policies.

Interestingly, in 2010, at a rate of 28 per cent, corporation tax raised £43bn in revenue for the government. If we were to follow Labour’s logic, you would assume that a reduced rate of corporation tax would result in less money. Well, not so much. Actually, the government saw an increase of £6.7bn to £49.7bn when it was reduced to the current rate. Therefore, Corbyn might find it hard to find his £19bn if he was to stick the rate up.

We need to look at the cold, hard facts. Of course education is important, but we need to discuss what the biggest rise in corporation tax in decades could have on businesses. The Institute of Fiscal Studies has already noted the potential damage on the economy’s growth.

It shouldn’t take a genius to figure out that when businesses do well, we’re making more money. But, rather than sharing in Labour’s view that we’re all pocketing the cash, entrepreneurs and business leaders more often than not use the money to reinvest in our companies.

For example, at Pimlico Plumbers, we’ve had an amazing twelve months and because of this, I’ve embarked on a huge expansion project. I’m adding another storey to our headquarters which can facilitate 20 per cent head count growth, our recruitment drive is well under way to take on even more people and I’ve been able to introduce some great staff incentives like our 24-hour gym.

A rise in corporation tax could’ve stopped me from doing some of this. It would hit businesses big and small, which is tragic because despite the impending period of economic uncertainty on the horizon, at the moment it generally seems like businesses are doing well.

The London Stock Exchange’s annual round-up of the 1000 most dynamic small and medium-sized enterprises revealed that businesses are growing faster than ever. Overall the companies analysed had an annual expansion rate of 70 per cent, which has grown from 50 percent a year ago.

Xavier Rolet, chief executive of LSE reiterated the importance of “doing all we can to support high growth potential businesses like these dynamic, entrepreneurial and ambitious businesses”. Being smacked with a rise in tax is not the way to do it.

According to the Financial Times, the UK has the lowest rate of corporation tax in the G7. Countries such as the US, France and Germany have significantly higher rates and as a result, have opened offices in the UK, whilst reaping the benefits of our country’s lower tax. As I’ve said before, as a newly-independent country, we should be doing all we can to attract companies from other countries and make them see that we’re a great place to do business. Instead, we’ll have companies looking to set up and invest their money elsewhere.

We have a nation of self-employed and five million small business owners that are defying the odds of Brexit forecasts, to secure a more prosperous future, only to have more doors potentially slammed in their faces. It’s dangerous to think that the would-be leader of our country, Corbyn, can’t see the bigger picture. His bargain bucket of shoddy Labour policies will impact badly on the many, as well as the few. 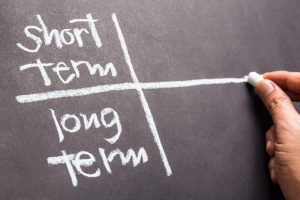