The coalition introduced up-front fees of up to £1200 for employees wishing to bring about a tribunal, after employers expressed concerns over the number of spurious claims. This has been partly responsible for a fall in the number brought by as much as 80 per cent.

Umunna said: “The current employment tribunal system is unfair, unsustainable and has resulted in prohibitive costs locking people out of the justice they are entitled to.

“Affordability should not be a barrier to workplace justice. But it would be a mistake to simply return to the system of the past, where tribunals were so slow that meaningful justice was not available.

“So if we are elected the next Labour Government will abolish the current system, reform the employment tribunals and put in place a new system which ensures all workers have proper access to justice.”

Business groups appeared to disagree that the system should be substantially changed.

James Sproule, director of policy at the Institute of Directors, said: “Fees are a sensible way to weed out weak or vexatious claims before they reach employment tribunal. Before the refundable charges were introduced, fewer than one in 10 tribunal cases against IoD members were won by the claimant, wasting large amounts of money and management time for businesses.

“Claimants on benefits or low incomes are exempt from the fees so we do not think they are a barrier to wronged employees getting compensation. Labour must be very careful that they do not once again make the system a one-way bet, where the entire burden is on the employer.”

Neil Carberry, the CBI’s director for employment and skills policy, said: “Firms have been frustrated for years by delays in the system and by false and misleading claims that take up time and resources. Businesses want to see a return to a less bureaucratic system that deals with claims more quickly and run by the Department for Business, Innovation and Skills, rather than the Court Service.

“Recent reforms which encourage early resolution of disputes are a step in the right direction, and fees to make a claim are a vital part of that. 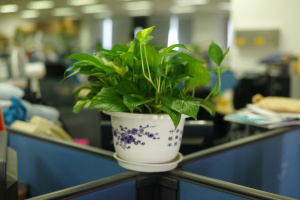 Why you should have plants in the office