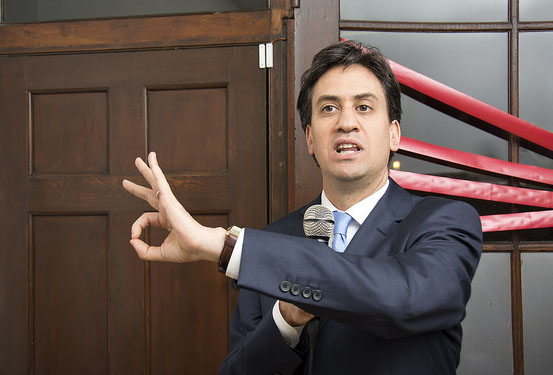 This would mean that the minimum salary for a typical full time worker would increase from ?13,520 to ?16,640 (assuming eight hours per day, five days per week).

Speaking at the party’s annual conference in Manchester, he said: ?From Perth to Portsmouth to Penzance working people are demanding to know if any political party can make a difference. I have heard that despair in Scotland and across the United Kingdom. “But this week Labour?s Plan for Britain?s Future will show how we can change and how we can become a country that rewards hard work once again.? That’s why we have set out plans to raise the minimum wage by ?1.50 an hour by 2020 to ?8 an hour ? because Labour is the party of hard work, fairly paid.? The news will be welcomed by some workers but such political tinkering in the NMW has riled business groups. The rate is normally set based on the recommendations of the independent Low Pay Commission, but some fear Miliband is turning it into a political football. John Allan, national chairman of the Federation of Small Businesses, said: ?The FSB has always supported the National Minimum Wage but we are increasingly concerned that it?s becoming a political football.? ?Giving businesses a longer term view of what the minimum wage will look like in future years is an idea we support, but the decision on what the rate is should be made only after consultation with the Low Pay Commission (LPC). This proposal does the opposite.? Katja Hall, deputy director general of the CBI, said that the NMW is set at the highest rate possible without putting job creation at risk at the moment.? She said: “Raising wages in this way would put serious strain on businesses, particularly hard-pressed smaller firms with tight margins, which would end up employing fewer people. Instead, politicians should address how people move on in their careers, through training and better skills, helping them move to higher paying roles over time.” Image source