Here are the highlights from his speech:

On the aftermath of the crisis and the lack of lending:
“From a time when financial risk around the world had been systematically underpriced, the mood switched to one of severe risk aversion almost overnight, and the price of risk moved sharply higher.

“We are moving past that storm today, but the memory lingers on. You can see this in the figures published by the Bank of England. Net lending to business continues to decline by several billion pounds a month, as companies pay down debt when they are in a position to do so, and defer their spending decisions.”

On the role of the Independent Commission on banking:
“When the Coalition government launched its Independent Commission on Banking in the summer, I thought this was a bad idea. The Commission was going to ask fundamental questions about the structure of banks, but was not due to report until the autumn of 2011 – prolonging the clouds of uncertainty which were already hanging over our banks. But I’ve changed my mind, for three reasons.

“The first is that the preliminary issues paper, published last month, shows that under the chairmanship of Sir John Vickers the Commission is going about its task in a thoughtful and balanced way. The second is that there remain big questions still to be resolved, with a lot of important people in the UK giving very different views about what went wrong, and what needs to be done to put things right.

“And the third is that the Commission intends to give a pretty clear idea of where it’s heading in the spring, which means the banks won’t have too long to wait to get the general sense of direction.”

On competition in the industry:
“Competition in the sector was already quite concentrated in the run up to the crisis, and has consolidated further as a result of the takeover of failing institutions and the disappearance of a number of foreign lenders. The main focus here is on areas like retail banking, residential mortgages, and SME banking services – where RBS and Lloyds between them have just over 50 per cent of the market.

“And the entry barriers are high. According to the Commission, there had been no new high-street bank launched in the UK – other than through de-mutualisations – for over 100 years until the arrival of Metro Bank this year.

“Excessive market power can obviously act against the public interest. But as the Commission points out, the degree of concentration in a market is not always a reliable indicator of the degree of competition. And besides, there can be a trade off between competition and stability in banking. Australia and Canada have relatively concentrated banking markets, and came through the crisis in rather good shape. By contrast, Northern Rock is an extreme example of how a bank can blow itself to pieces by gobbling up market share.

“So the Commission’s recommendations here will be of great importance.”

On the bank structure:
“The hot – but not I think the most relevant – issue here is about whether retail and investment banking should be separated. The argument in favour, expressed with great passion by those who support it, is that inherently risky investment banking activities have a parasitical relationship with deposit taking banks, and can put them in jeopardy if things go wrong.

“But it’s hard to see how such a separation would have helped to avert the crisis. By far the biggest losses came the old fashioned way – from truly dreadful lending decisions: think Ireland, or Iceland. Lehman Brothers was an investment bank that did not take deposits – but its failure had massive systemic consequences.

“So I’m with Adair Turner who argues that a system of completely separate commercial and investment banks could still generate destabilising credit and asset price swings, and that reforms should concentrate instead on higher capital and liquidity requirements, as well as the development of what he calls counter-cyclical macro-prudential tools, which can lean against the wind of credit and asset price cycles.

“But the Commission still has lots of other structural issues to consider, such as the case for separately capitalised subsidiaries, or for contingent capital which would convert into equity in the event of big trouble.”

On what we need from politicians for a healthy banking system:
“They [politicians] get the credit for saving the system, by determined intervention when the banking world fell apart in the winter of 2008-09. If they had failed to act then, the consequences for us all would have been disastrous. But today, their first responsibility is to stop making matters worse.

“They have successfully deflected their share of the blame for what’s happened to the bankers. It’s understandable that the public is furious about the excesses of the banks in recent years, and the fact that the levels of pay and bonuses in parts of the City remain as high as they do.

“Yet the crisis had many causes. Individual greed and errors of judgment on the part of the bankers were one. But there were much more powerful forces driving the way to catastrophe. They included-badly designed policy frameworks, errors of judgment on the part of government, central banks, and regulators, and bad macroeconomic management. It was these authorities who set the rules that allowed the excesses in the financial markets.

“If politicians persist in the argument that it was all the bankers’ fault, they will come up with the wrong responses.

“For example, take the suggestion that because the bankers caused the crisis, they should be made to put things right through a much higher banking levy. Who would actually pay for such a penalty? Those overpaid City dealers? Maybe, a bit. But the main burden would inevitably be carried by the banks’ customers. On a rule of thumb derived from the latest Financial Stability Report, £10bn off the bottom line would take about £50bn out of UK lending.”

On the public criticism of banks by politicians:
“If it’s important to restore public confidence in the banks, it’s just irresponsible to caricature them as casinos. This overheated rhetoric is having direct consequences on the shape of the banking system and the emergence of new competition. Foreign institutions that had been thinking of buying banking assets in the UK are unlikely to press ahead in this atmosphere: I know of one that has already pulled back.

“This is the exact opposite of what we need – which is dynamic new entrants coming into our market bringing a welcome shot of innovation, choice and diversity.

“It’s probably too much to expect the politicians to lay off the banker bashing, especially as the annual bonus season draws closer. But they should be doing much more to describe what kind of banking system they want in this country. What do they think it should look like in five years’ time, and how do they think we should get there?

“Do they accept that if the UK is to remain a major international financial centre, it will have to retain people who are paid an awful lot of money? And do they understand the risks of unilateral action when it comes to imposing new rules and sanctions on what is a truly global industry?”

On the role that regulators must play:
“The regulators also have much to do. Here in the UK, the new Financial Policy Committee will have a critically important part to play, taking action when it’s needed to avoid credit booms and busts and spotting new risks well before they become explosive. It’s important that it should not be run just by a bunch of technocrats: it will also need people on board with the imagination to see when the Emperor has no clothes.

“On the international front, the priority must be to create a system in which failing banks cannot look to the taxpayer for support, and where debt holders will face losses once equity investors are wiped out.

“The sooner the banks know what they are in for in the way of new regulations the better. As the Chancellor has said, clouds of uncertainty can lead to a hoarding of excessive capital instead of more lending to business. But introducing changes too quickly could damage economic recovery, if banks were forced to change the structure of their balance sheets in a hurry, and so to curtail lending. They need to know where they are going. But they need time to get there.

“Another priority for the regulators must be to find ways of reviving the securitisation market as a source of loan funding in the UK. One point here is that the regulatory regime as it works at present puts the UK at a disadvantage compared with the EU and the US. At a time when bank lending to support the economy is so important, the authorities need to do everything in their power to build a level playing field here.”

On forthcoming bonuses:
“If trust has to be built on a sense of fair dealing, then the combination of pay freezes and job losses in the public sector with large bonuses in the City would be toxic in the extreme.

“This exceptional combination of circumstances will require exceptionally sensitive handling, preferably with the major global institutions acting collectively when it comes to compensation matters, and resisting the temptation to poach disaffected mega stars.

“This is no easy matter. But the political costs of failing to agree a global ceasefire are likely to be substantial. It won’t be enough to say that without a level playing field around the world, nothing can be done.

“Carrying on with business as normal would seem arrogant and out of touch, and further erode public trust, making it harder to defend against clumsy and counter-productive political intervention.” 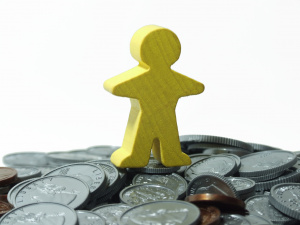 Where to invest your money after selling up 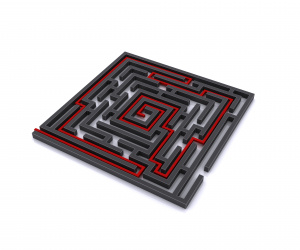