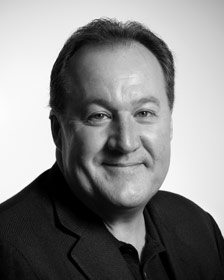 Share via
1. Research Twitter groups You don’t need PR newswires any more. But you do need to study the Twitter groups that are most likely to follow your tweets. Which groups are most relevant to your business? 2. It’s not just about you Don’t just broadcast, interact. Twitter shouldn’t be a one-way conversation. Listen to what other people have to say. Take Naked Pizza in Florida, for example. It focuses on finding Twitter users within three miles of its restaurants, then updates its customers and neighbours on new recipes and encourages feedback (eg: “We’re thinking of creating a ham and banana pizza, what do you guys think?”). Cisco, meanwhile, actually uses Twitter to communicate with its own staff, asking them about employee benefits and so on. 3. Combine Twitter with other marketing techniques Using Twitter alone isn’t enough. Combine it with webinars and YouTube to cross-reference content. Remember: we’re in a multi-channel world. In the “old days”, you wouldn’t have just opted for television advertising – you’d have mixed it with print marketing and direct mailing. The same rules apply. 4. All tweeters aren’t created equally Find out who the most influential people in your sphere are. Find out who has the influence to help you sell more products and boost your online profile – and follow them. 5. Be authentic Don’t ask your PR person tweet on your behalf. Big mistake. 6. Pick your fights A client of mine was tearing his hair out over a blogger in the Netherlands, who was bad-mouthing his business. So we checked up on him. Only 100 people or so followed this blog. Arguing with this person was a complete waste of time. Pick your fights and don’t stress over the odd piece of criticism.