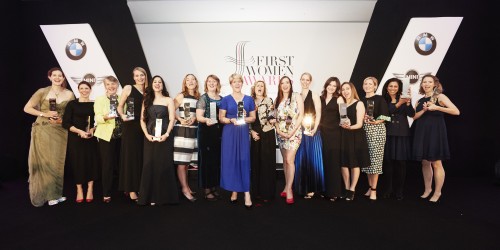 Women entrepreneurs are an under-utilised economic resource, majority-owning about one business in five and being a third less likely than men to start a business. This is not simply because women are making choices for a different work-life balance.

In late 2012, 2.4m women who were not working said they wanted to, while 1.4m working women said they wanted to work more hours. Why does this matter? Improving support for women entrepreneurs would raise employment and help many women to achieve their aspirations. Apart from matters of equality, choice, and self-fulfilment, more female participation in entrepreneurship would reap big economic benefits. The European Institute for Gender Equality even argued that bringing in more women entrepreneurs would ?increase the quantity and quality of the business population?. While we?ve seen numerous women break down barriers to industries with metaphorical sledgehammers, the age of stereotypes is unfortunately still rife in the workplace. As such, the First Women Awards, hosted by Real Business and supported by the CBI, has tried to showcase how crucial women are to not only the business world, but the economy as well. Our endeavours have seen us award exceptional female talent, from Dame Mary Perkins, founder of Specsavers, Thea Green, founder of Nails Inc, multi-million selling author Annabel Karmel, and pioneering corporate leaders such as the most senior woman within oil giant BP, Angela Strank. And this year we?ve so far seen an amazing sampling of women, but the nominations are not over yet ??you still have until 15 April to nominate a trailblazing woman!

That means it?s not too late to toss your own achievements into the ring ? or even those of a fellow colleague?s. Spanning 13 categories and a lifetime achievement award, successful candidates will then be invited to meet an illustrious judges panel populated by business leaders early May before the award ceremony takes place on 22 June at the Lancaster London Hotel. For more about the First Women Awards ? part of our First Women Programme ? visit our website.