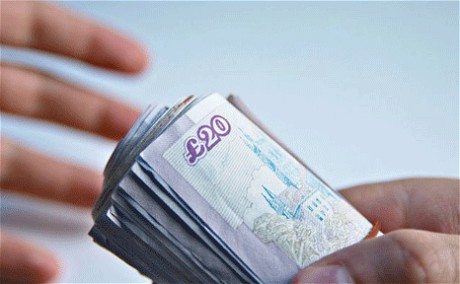 UK sole traders and microbusinesses could be owed up to £2.5 billion each year by late-paying customers, according to new research. Even more alarmingly, most of this debt – around £2.4 billion per year – gets written off.

WorldPay’s survey of over 1,000 mobile tradespeople and microbusinesses in the UK reveals that 75 per cent of respondents have had a late payment in the last 12 months. Individual consumers are the biggest culprits according to 60 per cent of respondents, while only 17 per cent think that large businesses are the worst offenders.  Late payments are a growing dilemma for businesses. Around four in 10 respondents said it’s worse than 12 months ago, and nearly half (45 per cent) have had cash flow issues as a result. Apart from concerns about their business’ financial health, many are worried about damaging client relationships (31 per cent) and time wasted chasing payments. “Running a micro-business is hard enough without chasing hard-earned money too,” says David Hobday, MD of WorldPay UK. “Customers may think that they can get away with stalling payments, but microbusinesses don’t have to put up with it. Late payments have a huge impact on cash flow and a knock on effect for everyone.” For many businesses, there is a sense of inevitability about the whole issue. More than half of respondents (54 per cent) think that late payment is just part of being a small business that you have to accept and 76 per cent believe that no matter what they do there will always be people who pay late.