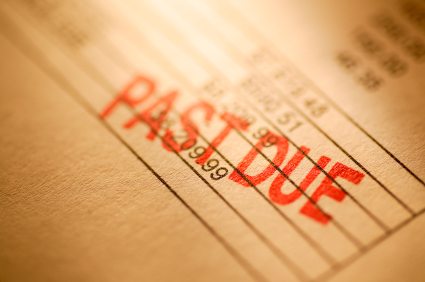 As the number of UK small and medium-sized businesses facing late payments reaches more than a million ? with a total collective debt of almost ?36.4bn – research shows that many SMEs are in danger of going under.

Nationally, the average amount owed to an SMEs is ?36,000 ? yet 35 per cent of SMEs reported that late payment debts of up to just ?20,000 would be enough to put them out of business, in a survey by Bacs Payment Schemes Ltd, the company behind Direct Debit and Bacs Direct Credit. The new research, carried out in July among 478 SMEs, showed that around six out of ten UK businesses experience late payments. The average business now has to wait a staggering 43.4 days beyond payment terms for their invoices to be paid ? Aorthern businesses are waiting even longer, with an average delay of 46.8 days before bills are settled. In the South of the UK, the average amount owed in overdue payments to smaller companies stands at ?53,000. Almost half of those surveyed said that it would take less than that ? up to ?50,000 – to put them out of business. Midlands SMEs face similar problems. The average outstanding amount is much lower, at ?22,000, but 37 per cent of companies said unpaid invoices of up to ?20,000 could cause their business to fail. In the North, where the average debt is ?27,000, more than a quarter said the same. The worst late payment offenders are large companies, although 25 per cent of respondents claimed fellow SMEs were also guilty of paying late. A consequence of this late payments culture is that hard-pressed businesses are being forced to invest an average of about 14 days every year in chasing overdue bills. Even based on minimum wage rates, that means delayed invoice settlement will cost UK SMEs just short of ?700m in 2012 alone. The research also shows that it isn?t only the businesses which are suffering – the people responsible for the finances pay an emotional price, too. Of those surveyed across the UK, 18 per cent said that they were anxious about the consequences of late payments on their business. This won’t help the increasing stress levels in the country. ?Cash flow remains key for companies to stay afloat during challenging economic times, yet there does seem to be a growing culture of delaying invoice settlement until long past the due date,? Mike Hutchinson from Bacs commented on the findings. ?We urge SMEs to look at taking control over their cash flow wherever they can by automating payments where possible to save valuable time and administration costs, and hopefully alleviate a little of the pressure on the business and its owner.?