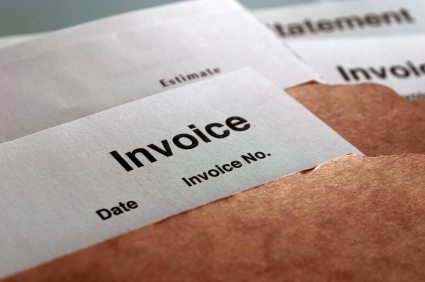 In business, I don?t think there is a better feeling than doing a job for someone and them paying you for the work you?ve done straight away.

It doesn?t matter if you?re a shopkeeper, a plumber, or a restaurateur; the ability to complete a transaction for a job, service or product, quickly and efficiently is deeply satisfying. Handing over cash for a product or service has been a cornerstone of society since the dawn of civilisation. But as time has passed, and the world became more complicated, hard cash is no longer king and the realm is ruled by credit and supposedly-fixed payment terms. Of course, establishing lines of credit between suppliers and customers is custom and practice for all businesses. It?s a system that goes back to when Moses was a boy ? and probably before ? and when operated correctly it is a perfectly valid way of doing business. But as it is the case with all systems, there are ways to exploit it. Especially in tough economic times, it can put tremendous pressure on small businesses. According to some recent research by Barclays, more than one in ten small businesses have almost gone to the wall as a result of late paying customers.  Some 11 per cent of firms that have experienced the problem reported waiting more than six months for bills to be settled. I know the saying goes “a good day?s pay for a good day?s work,” but what about a good day?s pay in good time? Small businesses can?t work to these sorts of terms.  There has been some movement in this area, thanks to the business minister, Michael Fallon, who recently launched the Prompt Payment Code for all FTSE 350 companies – a voluntary agreement to pay suppliers on time. This is a positive development. However, there are many smaller, but still substantially-sized companies outside those 350, which are still hanging on to the very last second to sign off a payment. I?ve been around the block enough times to know that delaying payments is an established business tactic that we all use once in a while. The problem is, many do it as a default position. There has to be a blanket acceptance that prompt payments are good for all businesses, and therefore good for the economy. Small businesses that are paid on time are able to invest in new people, new equipment and facilities, and ultimately provide a better service for their customers. Although the onus should always be on the customer to pay on time, I would offer business owners one bit of advice: don?t be shy in chasing money. If you?ve done a good job, you?re entitled to it.  In some cases, businesses respond well to being chased and actually are more likely to work with those firms in the future that keep a regular and consistent dialogue during the payment process. While it?s not ideal, the tenacity of entrepreneurs can pay off; literally. For all the problems businesses face to survive and grow, simply getting paid is one of the biggest challenges. I hope the efforts being made by Fallon and some of the country?s bigger companies filter down throughout the UK business network and we can all get paid on time for a good job done. Charlie Mullins is founder and CEO of Pimlico Plumbers.