The platform aims to bring crowdfunding and ecommerce together by encouraging conspicuous consumers to invest in “the products of the future.”

To this end the companies featured on Crowdrooster will be vetted to ensure they have an established business plan, prototype and supply chain organised.

The funding element of Crowdrooster is rewards-based, which means businesses promise to give investors products themselves, rather than equity in a company.

This has the added benefit of allowing businesses to save money on market-research by testing their offering on a small number of demanding customers.

Alessandro Rovati, co-founder of Crowdrooster said: “What started as a simple idea for a crowd funded e-commerce app, rapidly evolved into a fully fledged community where designers and innovators can gather to access funding, endorsement and support for their project ideas.

“In a few years’ time we want Crowdrooster to be a robust and trusted source of social capital for brands, as well as playing a vital role in delivering trend-setting and best-selling products of the future.”

The company is based as fintech startup accelerator Level39 in Canary Wharf.

Startups already featured on the site include Italian furniture designer Luca Boffi and Feeligold, a cosmetics company based in France.

Michele Barbara, VP of finance at JPMorgan, and a mentor at Level39, said: “As an alternative to traditional finance options, crowdfunding has huge potential. However, for hardware projects seeking large sums of investment, featuring alongside a mix of unvetted personal projects has a limiting effect.

“By carefully vetting projects to ensure the highest possible completion rates, Crowdrooster is tackling this obstacle head-on creating a more professional environment in which to seek investment.” 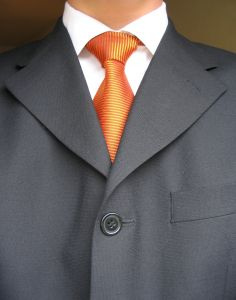 CEO experience should not be a gauge for future success