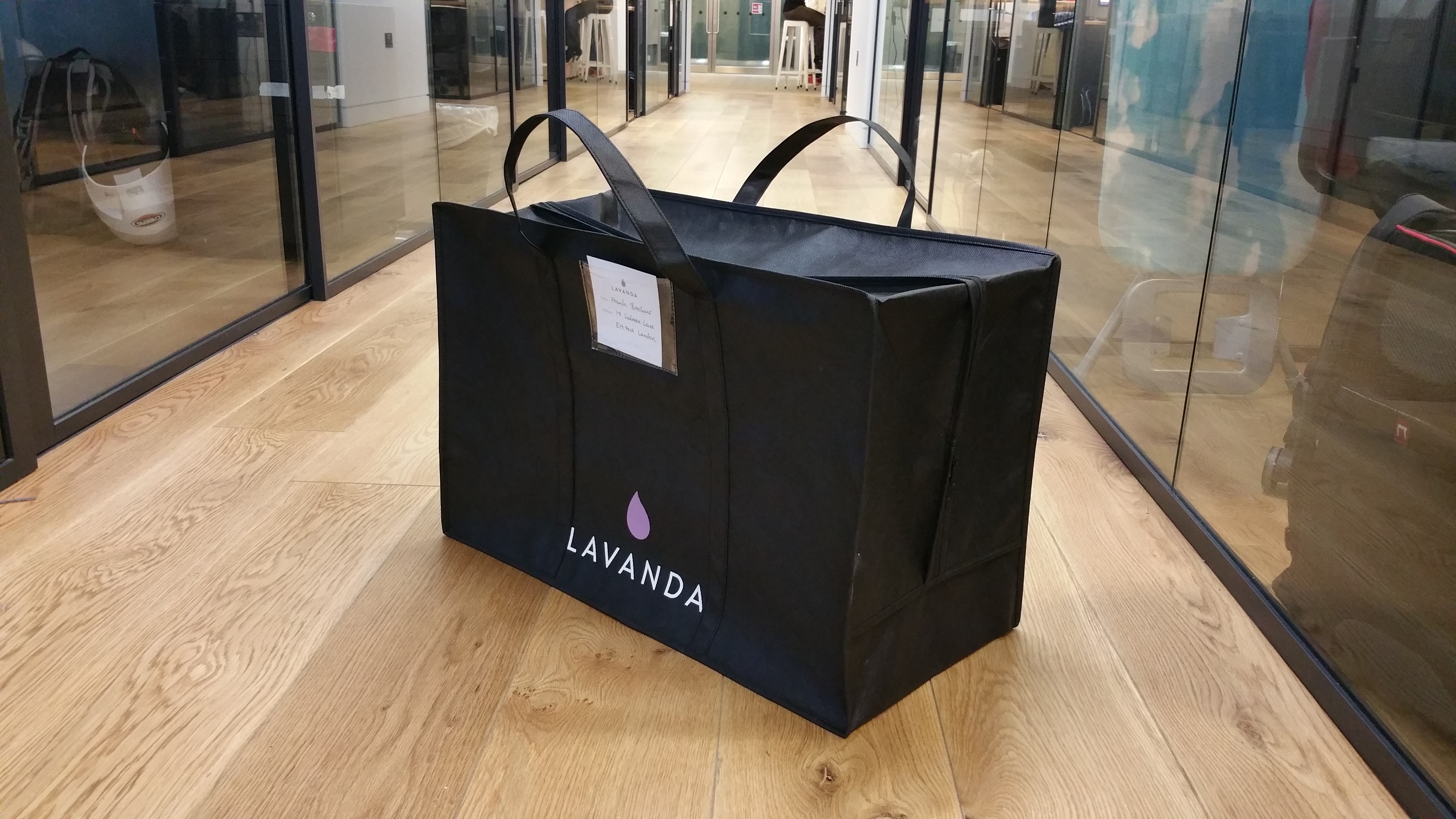 Having cut his teeth in the entrepreneurial world working under the founder of eCourier and Shutl, Guy Westlake decided that he wanted to try the founders life for himself and set up Lavanda.

From its trial origins in the North London community of Islington, Lavanda now operates as a peer-to-peer model attempting to shake up what Westlake describes as the “archaic” £1.4bn British dry-cleaning industry. He’d gained inspiration from US business Washio, which has now raised in excess of $10m, but decided that the company’s model would not be possible in the UK. Explaining his rationale, Westlake told us: “Because of my background in delivery I was interested to see how this would work in the laundry space. However, laundry, unlike ecommerce, is a two-way delivery.”

As part of his research, Westlake discovered that the majority of dry cleaners outsource work to out of town larger facilities. Interestingly, 80 per cent of clothes aren’t actually dry cleaned, rather put in a big industrial washer and then pressed. It was though this that Westlake realised his proposition should not be about creating an on-demand service for dry cleaning, but rather for those who couldn’t be bothered to do the washing and ironing. Lavanda will now collect your laundry “in a matter of minutes” and return it within 24 hours. With an average collection time of under 25 minutes, it’s quickest so far has been six minutes and change. Its first product was a “quick and dirty” version for Islington, Westlake said. A team of “pros”, who serve as the washers, are responsible for setting their own collection remit and then both collecting and dropping off laundry. Westlake told us that the option of being a pro will be of particular interest to those wanting to work but in need of a very flexible set up. Those juggling childcare and a busy family life are able to turn their status on or off, indicating whether they would like any work at that particular moment. “Quality is paramount for us. If you take 100 or 200 supply side applications, maybe one or two will make it though to being a pro,” he added. Already looking beyond British shores, Westlake believes his business could have big success in countries where most households do not have a washing machine – unlike the UK. “We are building up a platform which allows people with access to work, we can train and skill you up to provide a service.” To push forward with its growth, Westlake and his team have closed a $265,000 seed funding round backed by his former boss Allason as well as Samos Investments partner Ned Cranbourne, Shutl CTO Stephen Romney, what3words co-founder Jack Waley-Cohen and Michael Dent, and 3 Kinds of Ice co-founder Hugo Adams. Read more about Shutl: The money will be used to launch native iOS and Android apps ahead of a “rapid roll-out across the rest of the UK”. To coincide with the fundraising deal, Lavanda has moved out of its cosy Islington confines and across London.

Issues so far have been about building up a requisite critical mass. Rather than the problem of quality, that Westlake had envisaged, the entrepreneur does not believe there is quite enough education or awareness when it comes to on-demand services. Being an entrepreneur all on his own, rather than part of the team at an entrepreneurial company such as Shutl, has made him realise that it’s not as easy as someone like Allason made it. “One of my advisors said the other day that being a founder is like running through the jungle, naked, and being chased by a tiger,” he added. He is however excited about the possibility of mobilising a whole community of workers to be entrepreneurs themselves. For now it is all about making sure that London works as a first market. Sufficient scale will need to be achieved for the economies of scale to work. A website-run referral scheme has already shown how quickly customers can be acquired, and now Westlake and Lavanda have some funds to speed that up. By Hunter Ruthven