The Upscale scheme is currently accepting applications, aiming to select 25 of the country’s most promising, fast-growing tech companies. Those accepted will receive the guidance they need from seasoned business executives in order to scale.

“Since Cooley’s launch in the UK, we’ve been working to bring to London’s burgeoning tech scene the firm’s renowned Silicon Valley experience and ethos in championing the high-growth ecosystem.

“Upscale will be an effective way for Cooley to influence capital flow to London through its established VC relationships and Silicon Valley connections and know-how.”

Unruly co-founder Sarah Wood is among the coaches who will deliver words of wisdom to the startups that are accepted, fresh on the back of her video adtech business being acquired by Rupert Murdoch’s News Corp for £114m in September.

Alex Depledge, co-founder of cleaning services marketplace Hassle, is also on the line-up of coaches. She also witnessed her company get acquired this year as German counterpart Helpling bought Hassle back in July.

At the time, Depledge said: “It is no secret that Helpling moves fast. Their ability to scale and raise money is impressive. This, combined with our ability to build depth in market and user loyalty, means that together we are a force to be reckoned with.

“Our goal from the beginning has always been to become a global domestic cleaning brand. This strategic move takes us significantly closer to that goal.”

To apply for the six-month programme, digital businesses need to be headquartered in the UK and have the means to demonstrate high month-on-month growth – whether that’s active users or subscriptions.

Tech City chair Eileen Burbidge delivered a keynote at the Breakers to Makers conference, where Real Business was present, in October.

During the speech, she said: “Being in the capital of tech Europe, it’s really gratifying to see the sharing economy, as well as other ecosystems, developing. I genuinely believe, despite my American accent, that Britain is going to really lead digital in terms of an agenda and innovation for this industrialised world.

“I’m convinced that we have an opportunity in digital, but in key sectors. It’s foolhardy to say the next Twitter could come from here or the next Facebook or next Google. While they absolutely could, we have all the ingredients here, I think it would be down to a lot of luck – but what we have here are ingredients for more than luck.” 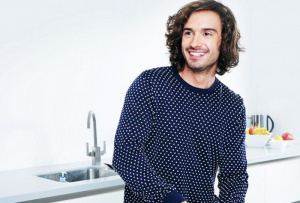