The most sought-after graduates may accept several job offers, and only reject their less-favoured options when it is too late for the employer to find a desirable replacement. Entitled graduate gazumping, it has obviously left many bosses in a tricky situation.

Do employers have any legal redress at the moment?

An employer’s legal rights are limited when it comes to graduate gazumping. If a graduate has accepted an offer of employment, there is a contract in place. However, the graduate is still legally entitled to terminate the contract before the employment starts, either by giving the period of notice specified in the contract (if there is one), or reasonable notice if there is not. This period is likely to be between one week and one month – which will seldom be enough time to fill the vacant role.

If the graduate gives less notice than this, or no notice at all, they will be in breach of contract and the employer can sue for any losses incurred. But in practice, this rarely if ever happens. It is usually hard to show any financial loss, and in any case, the costs of bringing a claim would far outweigh the damages the employer could recover. Bosses could also suffer a press backlash which would give them a reputation as overly harsh and discourage future applicants.

What changes have been proposed?

Gordon Chesterman, director of careers services at the University of Cambridge, is leading a move to set rules requiring students to turn down subsequent offers and interviews if they have already accepted a graduate job in writing. This would form part of a Code between the Association of Graduate Recruiters and the National Union of Students. It is also suggested that those in taking part in graduate gazumping be “blacklisted”.

Would this have any effect?

Legally, the proposals would have little if any effect. The Code is not legally binding and is unlikely to have any significant effect on job applicants. Regarding the suggesting of “blacklisting”, a gazumping graduate would presumably expect to be blacklisted by that employer in future, regardless of whether their actions were in breach of a voluntary code. It has not been suggested that graduates breaching the Code should be generally blacklisted among employers in that industry, and it would be extremely inadvisable for a rebuffed employer to bad-mouth a graduate in this way. By doing so, they would open themselves up to claims of defamation, as well as reputational damage.

So what can companies do to prevent graduate gazumping?

One solution would be to insist on recruits signing an additional contract stating that they have not and will not accept other offers, and will compensate their employer for its losses if they renege on the job offer without providing sufficient notice. To stand a chance of being enforceable, the contract should specify what those costs will be – such as external training which has been booked, and the costs of last-minute recruitment of a replacement. In reality, the chances that such a contract could or would be enforced are fairly low.

It is likely to give a job applicant pause before they accept, and hold onto, a job they do not intend to take up.
A less draconian approach is for employers to keep in touch with their recruits as much as possible and make demands on their time as the employment start date nears. In particular, inviting recruits to training and mentoring days and social events before their employment starts is a good test of their commitment. If recruits fail to attend, this will be an indication of lack of interest, and can be followed up on.

Requiring recruits to sign up to a full employment contract (rather than just an offer letter) significantly in advance of their start date may also help. If the contract is not signed and returned by the required date, the employer can reserve the right to withdraw the offer. In fact, the written contract does not create any additional legal rights, but many recruits will not be aware of this and may be reluctant to sign up to a contract if they do not plan to turn up for work. An applicant’s failure to return the contract on time will be a very strong indicator that the employer needs to look elsewhere.

Fiona Rushforth is a senior associate at Wedlake Bell 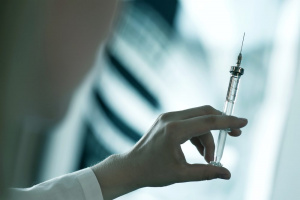