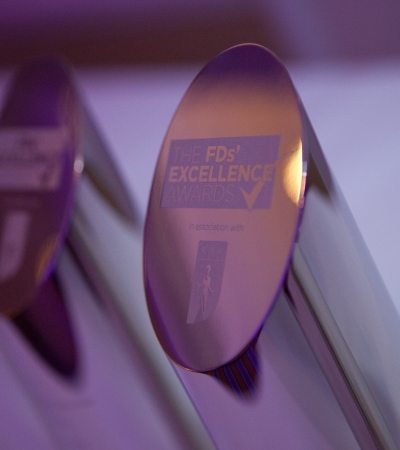 Supported by the CBI and Real Business, the 2011 FDs’ Excellence Awards, in association with ICAEW, will be held on May 10, 2011 in London. The CEO of ICAEW, Michael Izza, CBI director for London, Sara Parker, and Sushovan Hussain, CFO of software firm Autonomy, spoke last night at the launch of the FDs’ Excellence Awards 2011, which was held at the Chartered Accountants’ Hall, Moorgate Place. Key points to emerge from the talks included: the growing importance and changing role of FDs in the current economy, which highlights the need for exemplary financial management; and the ability to strengthen funding applications and source alternative forms of finance as vital attributes if companies are to successfully secure their growth. Michael Izza referred to an ICAEW report published earlier this month which showed that access to finance is still proving problematic for many businesses. He noted that FDs play a crucial role in ensuring firms have the room to grow and seize new opportunities by working with banks and funders to rebuild “broken” relationships. Michael Izza said: “Growth achieved by UK businesses this year will be the foundation of economic recovery and will be in no small part to the expertise and knowledge of today’s FD – something we celebrate and recognise with the FDs’ Excellence Awards.” Sara Parker, CBI Director London Region, added: “It’s clear that over the next few years, UK economic growth must be driven by private sector investment and trade. FDs play a central role in shaping and sanctioning companies’ investment decisions. These awards are an opportunity to recognise some of our top financial talent that will be responsible for driving their companies and the UK economy forward.” Sushovan Hussain, CFO of the UK’s largest listed software company, Autonomy, who won Finance Director of the Year and FDs’ FD of the Year at the FDs’ Excellence Awards 2010 and was the keynote speaker at the 2011 launch event, also spoke. He said: “A new globalised, more volatile economy means a financial director is even more critical to a firm’s potential success. It’s hugely important to not only possess the necessary financial nous but to also have an excellent understanding of the whole business and spot where genuine growth opportunities lie. “Being recognised as one of the country’s best FDs at last year’s awards was extremely rewarding and has had a positive effect on the whole company. We have the confidence to drive forward with our plans for the future and we are determined to continue to consolidate our position and aggressively pursue new prospects.” Held in association with ICAEW and supported by the CBI and Real Business, the FDs’ Excellence Awards recognise the best-performing FDs from public and privately-owned companies in the UK, as well as the service providers that support Britain’s finance community. The categories for this year’s awards are: Nominations for the FTSE FD categories are made based on financial research and independently judged by an academy of experts. Nominations for the Excellence Awards are based on an annual Satisfaction Survey of FDs, which is now open and closes on 1 March 2011. Vote here now. Nomination for all other awards is also open, with the entry deadline 7 February 2011. Vote for the awards here. Shortlisted candidates will be evaluated by a panel of judges on 10 March 2011. The awards will take place on May 10 2011 at the London Marriott Hotel, Grosvenor Square.