Skip to content
HR & Management
Share via
Being an executive and a parent can be a struggle. As a COO and mother, I?m proud of my career and personal life ? and all the little ways they intersect. Traits like leadership and collaboration, after all, are boons in the workplace as well as the home. It?s as a parent that I?ve nurtured and indulged a family obsession with all things Disney. My daughters love it; we try to visit the parks or go on cruises every now and then to enjoy the characters, music, and lessons that make up the DNA of Walt?s legacy. I?d be lying if I said I didn?t love it too! That?s not to say there?s nothing problematic about Disney movies or characters, especially some of the older content, which sometimes merits a discussion with my girls. Nonetheless, as a mother and leader, I?ve been struck time and again by not only the heartfelt storylines but their relevance to modern leadership.

1. Read everything, change what you can, and keep learning

Beauty and the Beast is one of those movies that raises?eyebrows ? especially for its depiction of Belle and the Beast?s relationship evolution. Can enough time and effort change a person or thing?s nature? It?s not always possible, but in business it has been my job to turn failing operations into thriving ones.

I?ve had great success, which can seem a lot like the Beast?s transformation from monster back to prince.

Better yet, I think Belle represents the way leaders should never cease to keep learning by consuming all relevant material and applying it diligently. Her diligence and hunger sets a good example for any aspiring leader (after all, some of the most famous leaders including Alexander Hamilton were autodidacts, as my colleague Joel Landau has written about before). So say what you will about Stockholm Syndrome; I choose to believe the Beast?s transformation is due to Belle?s incredible work ethic and that in today?s world she?d be an exceptional CEO.

2. The sky?s the limit, no matter your obstacles 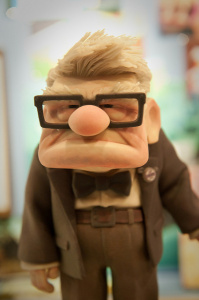 Disney and Pixar film Up was a tearjerker from the very start, but it?s more than a heartwarming tale of love lost and refound. Indeed, the film is filled with educational messages for the aspiring leader (and boy scout ? sorry, ?Wilderness Explorer.?) While young Russell?s character development is notable, it?s 78-year-old Carl Fredrickson who I believe is the real inspiration. Think about it: Carl started as a noble balloon salesman then used these balloons to literally lift his life up, move his product across the globe, and fulfil his lifelong dream. Not that any of that was easy, as leadership never is. But despite his age and his walker, Carl learned that there?s a time to be stubborn, and a time to follow winds of change. He found out that honey catches more flies than vinegar, as he warmed to his stowaway companion, Russell, and befriended a rare bird named Kevin, who eluded those who hunted him. All of these lessons can apply to running a company, finding and keeping customers, and taking risks in business.

3. Emotional intelligence and balance are crucial

Inside Out is an innovative look at the human brain, demonstrating equal parts heart and humour. I love the premise that we all have little characters in our heads that represent core emotions and take turns controlling the actions we take, coloring both our experiences and our recollections of them. When ?Sadness? kicks into high gear after 11-year-old Riley?s family makes a big move, ?Joy? struggles to keep happiness the dominant force and ends up destabilising her entire emotional spectrum, leaving ?Anger,? ?Fear,? and ?Disgust? in charge. Ultimately, Joy realises that Sadness is as necessary an emotion as any other, and it takes a range of emotion to maintain and develop a person?s wellbeing.

Does the inside of Riley?s head seem a lot like a startup to anyone else? Early-stage companies (like young kids) can feel tumultuous, but a balance of personalities, strengths, and talents, plus an appreciation for emotional intelligence, will best allow for a business to grow.

Good leaders keep this in mind by prioritizing balance and stability.

4. Forget Hakuna Matata ? Worrying is part of the job

In Disney?s The Lion King, the dynamic duo Timon and Pumba sing about an unforgettable philosophy: ?Hakuna Matata,? which means ?no worries? (or more accurately ?there are not problems here?) in Swahili. Even if your problems are few and far between, it?s rare in business to have nothing to worry about. In The Lion King, this advice is only good for so long ? Simba ignores the state of his suffering community while living large in the jungle, not unlike an ignorant CEO jetsetting while his or her company wears thin. Good leaders, on the contrary, know that they have to be present and involved even if it means cleaning up messes and dealing with issues head-on. ?Worrying? about risks to your company?s success and dealing with them promptly, instead of letting them fester, is part of the deal when you are in a leadership position.

5. There are plenty of fish, but only one mission

?Just keep swimming? is valuable business advice in its own right, and for leaders some days the laps are easy and other days it?s like you?re treading in molasses. This is one of the main lessons Finding Nemo imparts, and in true Disney fashion, it?s sung by a fish. Finding Nemo follows clownfish Marlin?s journey to find his son Nemo, as the title implies. His is a tale of perseverance that sets a great example for aspiring leaders, who must not only keep swimming but do so in accordance with their mission. In Marlin?s case, the mission is to find his son, and while he meets plenty of fish along the way his unambiguous passion is what propels him ever-forward. So too in business should leaders stay true to their purpose. There?s room to course correct along the way, but great success comes with a clarity of mission that motivates your team to help keep momentum. At the end of Nemo, Marlin had what seemed like half the ocean looking for Nemo right along with him. A good leader will get the world on their side, too.

Melissa Powell is COO of the Allure Group.