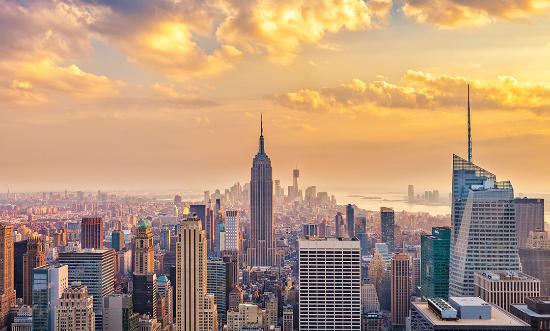 According to Skyline Offices, London is at the forefront of the market with more workstations than any other city in the world; however, as the trend continues to grow, other markets are starting to emerge.

Over the next decade international markets are expected to make more headway in new territories. With this growth the serviced office industry is set to expand greater than ever before, especially in Asian, American and African capitals.  The main reason why the serviced office industry is expanding is because of the flexibility that they can provide. Contracts can be cancelled or amended at any time, which significantly reduces the risk for businesses and allows them to test new markets with ease. These offerings aren’t usually available with traditional office spaces as they usually require a fixed contract of around three to five years.  Markets in Africa, Asia and India are starting to build serviced office facilities to encourage low-risk expansion to these areas. They are offering everything companies need to get setup, including communications systems, desks, office equipment and maintenance staff.

Why are London, New York and Paris leading?

London, New York and Paris are at the centre of the world’s commerce. Many businesses, both national and multinational strive to establish themselves in these cities. However, due to high rent prices and long-term commitments, many have been unable to take the risk. According to the Financial Times, London’s West End has the most expensive office prices in the world at a rate of £1,000 per square foot.  Until the serviced office industry came into fruition, there was no way to target these markets without taking huge risks. Due to the nature of serviced offices – short term contracts, pay-as-you-use facilities and established communication systems – this risk was significantly reduced. Businesses are relocating to London, New York and Paris simply because they can.  In addition, emerging markets are often more expensive as they don’t have as many facilities in place. London, New York and Paris have plenty of operational workstations, which provide more facilities to cope with demand. However, as the emerging markets build new serviced offices, prices are expected to decrease in the not-so-distant future.

In addition to providing physical office spaces, many operators are using technology to their advantage and supplementing their income with virtual offices. Virtual offices are often used by remote workers who want the same benefits as businesses with a physical office space. They provide an address and telephone number that can be used for business correspondence and to boost corporate identity.  Like the serviced office industry, virtual offices are significantly increasing in popularity, especially in London, New York and Paris. Since much of the world’s business can be conducted online with ease, many people see office spaces as an unnecessary expense and have chosen to cut them out of their business model completely. The serviced office industry is expected to expand during the next five to ten years. As capitals in Asia and Africa start to reap the benefits, more national corporations will turn multinational and start operating in brand new territories. Aaron Hopkins is a professional writer. Image source: Trip Advisor