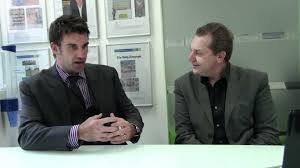 Share via
Lee McQueen, a 30-year-old recruitment sales manager, is Sir Alan?s latest sidekick. In the end, it was between Lee, the consummate salesman, and gobby Claire. Charm won the day over chat. To be honest, it wasn?t the most scintillating final and even Sir Alan seemed a little weary of the whole process. Maybe that?s symptomatic of the quality of this year?s would-be Apprentices, maybe he?s getting bored of the series or maybe he was simply ruing his decision to bring four people into the final. It did seem rather crowded in that boardroom. The finale started with Lee, Claire, Helene and Alex sharing an intimate dinner with their would-be mentor. The candidates, even stoney-faced Helene, seemed a little over-awed by the experience. Comedy points have to go to Claire who asked Sir Alan: ?Are we having three courses?? God love you, Claire. In my country, we?d call you a bogan. But by jingo you?re a loveable one. The next day the final four were split into teams and given their task: design, brand and launch a fragrance for the modern man that would retail at ?29.95. Claire and Lee were put on one team, Helene (who looked like she was crapping herself right from the word go) was partnered with Alex. To assist them with the job were six of the fired candidates: our boy Raef, Kevin and Jennifer were selected by Alex and Helene, while Jenny, Michael and Simon joined Claire and Lee?s team. There was more comedy as both sides tried to determine what a modern man is. Raef mused over the definition of vain while Lee had a more basic idea: ?He worries about ingrown toenails? He definitely shaves his balls.? Lee and Claire quickly came up with a name ? Roulette ? and concept for their scent, but bickering Helene and Alex had a bit more trouble. The monikers Enigma, Trust and Connect were dismissed and the pair eventually decided on Dual, but only after their designer dreamt up a bottle that splits into two ? one part for the ?modern man? to take in his man-bag as he strolls around town, the other to keep in his boudoir. The highlight of the episode was arguably the filming of the commercial. Our boy Raef was the director for Alex and Helene and he told us his ad showed the ?naughtier self that wants to come out?. Meanwhile, Lee was trying to get the female actress in the mood for a man who wears?. Roulette. His spiel went a little something like this: ?I want you, desire, you want him to make love to you, you want to take him to that next place.? Fast-forward to D-day and despite Lee having a wobble about his presentation skills, Roulette?s launch went pretty well. Claire managed to deflect audience concerns about the fragrance?s link to the rather unsexy subject of gambling. As for Alex and Helene, the audience loved the idea of Dual but several industry experts raised concerns about the cost of producing such a fancy-pants bottle. And that was ultimately what did Helene and Alex in the eye. In the boardroom, Sir Alan told the pair that the business side of the task had clearly slipped their mind ? it would cost two to three times more to produce Dual?s bottle. The flaw in their plan was too big for the Sugared one to overlook and Alex and Helene were fired. There were a few tears from Alex in the car, the poor love, while Helene expressed her disappointment that she was booted over a bottle she had no part in designing. Back to the boardroom and Sir Alan was left with a decision: Claire or Lee. This was the lowdown on the two candidates: Claire has evolved over the course of the series, she?s tough and resilient, she?s not going to crumble, she has drive and did I mention she?s tough? Lee, on the other had, is a consistent performer, he?s improved when it comes to his weakest skill (presenting), he?s demonstrated sales and management ability. In the end, Sir Alan went for Lee. The one with the reverse pterodactyl impression, the bloke who lied on his CV, the charming gentleman who?s slightly dim but golly can he pull in a sale. Claire took the news with inevitable tears but she seemed much cheered by the after-show when Sir Alan told her he wasn?t worried about her future. And Lee’s future? Well, we found out he?s going to be working on a new project that Sir Alan says is ?all about advertising in the sense of video screens that you sometimes see in the Underground?. ?He?s new, this business is new; if he fails [turning to Lee], I?ll kick your arse out.? And so the Apprentice is over for another year. Thanks for the memories Sir Alan, Lee, Claire, Raef and others. Guess it?s time to start making plans for a Wednesday night again.