This is because there are cognitive domains in which left-handed people excel, such as generating new ideas based on existing information. It’s also been suggested they are geat multitaskers, have better memories and are good at making money.

It is a belief that has been around for years, recently reinforced by research done by Quartz.

“Left-handers exhibit, on average, a more developed right brain hemisphere, which is specialised for processes such as spatial reasoning and the ability to rotate mental representations of objects,” authors Giovanni Sala and Fernand Gobet said.

“Also, the corpus callosum – the bundle of nerve cells connecting the two brain hemispheres – tends to be larger in left-handers. This suggests left-handed people have enhanced connectivity and hence superior information processing.”

It’s made them highly desirable workplace candidates. But there are two things to keep in mind, one of which was highlighted by Quartz. Being left-handed is an expression of brain function. And while the steroetype of high intelligence may apply, there are quite a few right-handed people that share the same brain structure.

Of more concequence is how bosses deal with left-handed staff, a subject that often gets skipped.

In 2015, CV-Library found that 12 per cent of the British workforce was left-handeded. Of those, over 852,000 people were said to struggle throughout the working day.

The study claimed most employers didn’t think of supplying left-handed team members with specialist equipment. In comparison, 82.4 per cent of staff think employers have a duty of care to cater to left-handed workers.

At the time, Keith Milsom, founder of Anything Left-Handed and the inspiration of Ned Flanders in The Simpsons, said: “Left-handers face real, practical challenges at work, from conducting simple tasks, such as having to use right-handed scissors that don’t cut, to persevering with entire workstations being laid out incorrectly, making them difficult and uncomfortable to use.”

It seems left-handed staff have learnt to adapt in many situations, but the key take-away is that this shouldn’t be the answer to the problem. 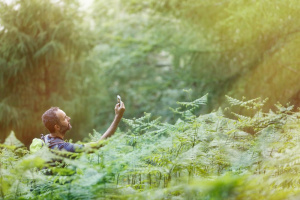 The importance of your staff taking lunch breaks