In September 2008, two weeks after the Lehman Brothers collapsed, I started working for the Austin Reed Group, a company predominantly selling suits and formal wear.

It was a turbulent time to join any company, but the collapse and subsequent economic meltdown had an immediate and dramatic impact on retail sales in general, and formal wear in particular.

More than that, it heralded the arrival of a new era of retail that was far more volatile and difficult than in prior years.

Yet during that time, some retail businesses grew and flourished, while many around me, including ones that I and many of my friends worked for, floundered.

In this article, I wanted to share my experiences of that time and share what lessons we can take to apply to the current coronavirus situation.

Whether it’s the 2008 economic meltdown, Brexit or the COVID-19 virus, when customers are in a state of extreme uncertainty, their attention is diverted away from purchasing.

Even an impending General Election is enough to have a negative impact on demand, especially for larger, more considered purchases. To a certain extent, it’s not the severity of the situation that matters, it’s the degree of uncertainty.

Once a situation has resolved itself, even negatively, the customer is still able to grapple with the new reality and their attention will turn back to purchasing.

What does this mean for now?

Currently, the extent to which we’ll be in an enforced lockdown is not clear, nor the length of time that the restrictions will be in place. People are focusing on survival elements like finding enough food while the supermarkets adjust to the higher demand.

All of this means that customers are in a very uncertain place and as such, this could well be the time when demand is most suppressed. Working on this theory would suggest that it is entirely possible that once the situation is more defined and food is less of a concern, demand will lift again – not to pre-crisis levels but higher than it is now.

2. People will buy – but cautiously 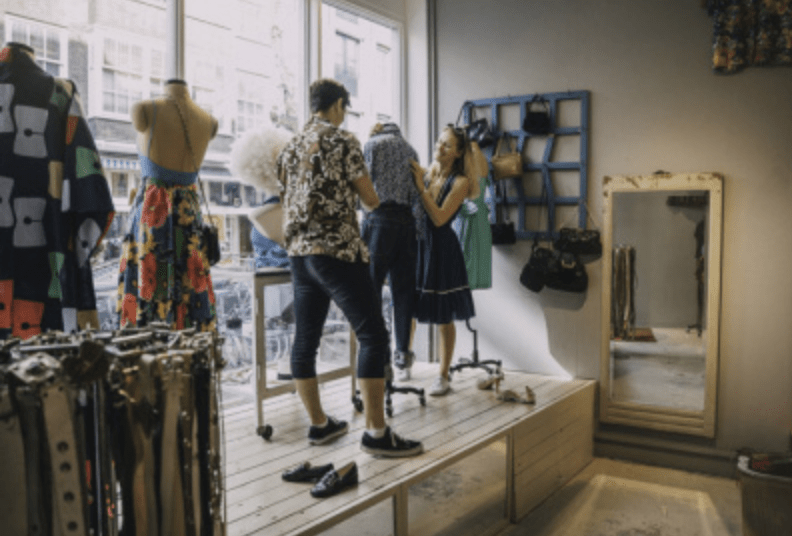 In 2008, prior to the credit crunch, I remember seeing an ad which suggested that if you couldn’t choose between two dresses you could get a loan which would allow you to buy both. This type of “shop ‘til you drop” mentality came to an abrupt end with the credit bubble bursting.

The impact of the withdrawal of credit and the ensuing financial meltdown again caused an immediate drop in demand, but of course, people didn’t stop shopping entirely. It’s just that they became much more cautious.

Retail, especially for non-essential items, is effectively about seduction – finding the products that the customers will be willing to pay for. During good times, this is easier to do as the customer is more open to persuasion.

During difficult times, the customer may still spend, but now it’s as if their money is clenched tightly in their hands.

Selling to customers in this mindset requires, above all, really desirable products that will entice them to open their fist and spend their money with you.

Selling a great product is key at all times in retail, but it’s even more important during times when the customer is cautious.

3. There will be winners and losers

In the years since 2008, there has been a long roll-call of big names leaving the high street, and many of these departures were precipitated by falling demand post-2008.

But how many of those retailers that failed were reactive enough, and how many instead spent vast amounts of time and effort being angry or playing the internal blame-game for dropping demand? And other retailers, for example, Lush Cosmetics, continued to innovate and focus on creating amazing products and experiences which allowed them to grow even during tough economic times.

This crisis will be no different

People will still buy, albeit cautiously. But the retailers that will continue to do well, once the immediate crisis is over, will be those who adopt an action mindset. They will test new products, new ways of selling, new ways of connecting with their customer.

At the same time as consumer demand is being massively disrupted by the ongoing crisis, there is a simultaneous movement towards buying smaller, supporting local businesses and shopping in a more conscious way.

It will be interesting to see if the businesses that tap into this growing desire to shop with retailers who share customer’s ethics and values will weather the storm better than retailers who don’t take this opportunity to connect more meaningfully with their audience.

Clearly this is a troubling time for many businesses as they struggle to cope with dropping demand for their product. However, we may see demand rise as we move out of the immediate crisis and when it does, it will be the action-focused retailers who stick close to their customers who will have the competitive advantage.

The real reasons for leaving a role and listening skills