Business culture comes from the top and filters down, which means it’s crucial from day one. It can be easy to put it on the back burner, but research from breatheHR found that a positive culture leads to improved morale and relationships (50%), employees going the extra mile (44%) and reduced staff turnover (35%).

Nailing culture can have direct, tangible advantages for your bottom line. So here we explore some examples of big businesses that are leading the charge on positive company culture.

Unilever scooped Glassdoor Awards for best places to work in 2018, 2017, 2016 and 2015, and its reviews are impressive; of 3.6k reviews, 82% would recommend to a friend. The business focusses on sustainability, and in 2010 it launched the Unilever Sustainable Living Plan. The plan has three goals:

· To help more than a billion people take action to improve their health and wellbeing by 2020
· To halve the environmental footprint of the making and use of its products by 2030
· To enhance the livelihoods of millions by 2020.

This attitude doesn’t go unnoticed by staff. One employee listed the pros of working at the company to include: “Interesting jobs, good spirit and atmosphere, excellent training and skill building, keen on building a company with purpose.”

While it depends on which team you work in, several reviewers praised the business’ adoption of flexible working – one employee described it as  the company “pushing its green credentials”.

Innocent Drinks has a reputation for being a business with a conscience. Each year, it donates at least 10% of its profits to charity, most of which goes to the innocent foundation. The foundation was established in 2004 with the aim of helping the world’s hungry.

People like working for a company with shared values. One anonymous employee wrote on Glassdoor.co.uk: “Everyone is on board with leaving the world better [than] we found it. The values and culture are a massive draw. The working environment is really good and there’s a strong sense of community around fruit towers.”

The company’s gender pay gap report shows the gap is half the national average. It hopes to address the issue further with succession planning – while two out of nine board directors are women, 44% of managers are women. The business believes it is primed for the balance to shift at the top.

Part of John Lewis’ success may be down to its slightly unusual business model. All 85,500 permanent staff are partners in the John Lewis Partnership. Partners receive an annual bonus, where a proportion of profits is handed out as a percentage of salary.

However, it’s not all about money. The partnership has a written constitution outlining its principles, governance system and rules, with the “happiness of its members” stated as its ultimate purpose. There are also many perks.

Paid holiday for those working five days a week is 22 days, rising to 25 days a year after three years’ service. After ten years’ service partners can expect six weeks holiday a year. There are ticket subsidies for theatre and music performances, education subsidies, the opportunity to get involved with subsidised clubs and societies.

Google immediately leaps to mind when thinking of businesses with good company culture – but it’s not just the quirky, fun-loving offices that set it apart. Out of 8.9k reviews on Glassdoor, Google has achieved an impressive 4.4 stars. In addition, 89% of reviewers said they would recommend working there to friends, and 96% approve of the CEO.

Another explained: “You feel like you’re at a company that is actively shaping what the world will be like in the future. And with people who genuinely care about you as a person, and not just another employee.”

All “Googlers” have access to healthcare, and some locations even have onsite wellness and healthcare services such as physicians, physical therapy and massage services.

Weight Watchers has been going for more than 50 years, and its ambition is to “inspire healthy habits for real life”. On its website, it describes itself as “purpose-driven” and as having a “member focused, high-performing digital culture”.

One anonymous reviewer agreed with the sentiment: “Weight Watchers regularly speak to employees through engagement surveys and are committed to communicating in a ‘you said, we did’ style. It runs employee forums with nominated representatives that target the head office, field employees and coaches as they each have their own needs and topics to be discussed.”

While some of the initiatives in place at these companies to create a positive company culture are fairly expensive for small businesses to adopt, there are plenty that are budget friendly. For example, early finish on a Friday, free fruit and coffee, and flexible working – these small perks can really go a long way!

In association with Breathe, Real Business is running the SME Culture Leaders List 2019, the only league table of its kind catering to the UK’s thriving small and medium businesses that put company culture first. 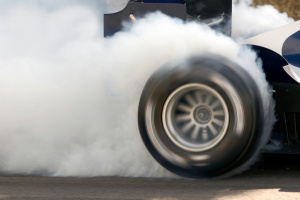 How to steer clear of Formula 1 style money laundering allegations