Sleep Dealer was a debut film by director Alex Rivera. The blurb runs, ‘Set in a near-future, militarized world marked by closed borders, virtual labor and a global digital network that joins minds and experiences, three strangers risk their lives to connect with each other and break the barriers of technology.’ The 2008 film, set in the state of Oaxaca and the city of Tijuana, Mexico, received mixed reviews.

Time Out Chicago called it ‘impressive but unsatisfying’, the San Francisco Chronicle said it was ‘flawed, but still vibrant and inventive’, while the New York Press reported the film as ‘a well-meaning failure’. Film reviewing website nerve.com summed it up thus: ‘The film culminates in an unconvincing finale whose hopefulness seems not only fanciful but, when viewed on the story’s own terms, woefully short-sighted.’

The reviews could well be used to sum up the business careers of the film’s two executive producers: Guy Naggar and Peter Klimt, otherwise known as the men behind collapsed property and financial empire Dawnay, Day. That one of the biggest complaints about the film was that it ‘obviously suffered budgetary constraints’ may come as a surprise as the pair were loaded. But then money cannot buy success.

More to the point, though, what on earth were Naggar and Klimt doing as executive producers on a small independent US film? The simple answer might be: not concentrating on their business empire – because in 2008, it started to fall apart.

The company Dawnay, Day (from now on we will dispense with the comma) has an odd history. It was founded in 1928 by Julian Day and Guy Dawnay, and started out as an investment and finance business. In the 1970s the company was taken over by Lord Jacob Rothschild, before it was purchased in 1988 by Naggar as an empty shell. Klimt joined the Dawnay Day board in 1992.

Naggar and Klimt could not be more different, in terms of both upbringing and personalities. Born in Cannes, Naggar grew up in Paris, later studying engineering at the École Centrale. He trained as a merchant banker with Samuel Montagu & Co before moving to London in his 20s and becoming deputy chairman of Charterhouse Bank. Klimt, a Mumbai-born lawyer who specialized in tax, trained as a solicitor and became a partner at DJ Freeman, a London law firm. The pair met in the 1980s and started working together. Naggar concentrated his efforts on the finance side of the business, Klimt on the property side.

The recent history of the business is remarkable, not least for the extraordinarily varied and complex nature of its holdings. From a standing start, by 2007 the company claimed to have assets worth billions, although it is virtually impossible to put a definitive figure on the business because of the convoluted nature of its companies, holdings, subsidiaries and joint ownerships. Between them, Naggar and Klimt were at one point reported to have more than 500 directorships.

In the year 2000, Naggar was positioning the business as ‘the UK’s first internet-focused corporate finance and venture capital firm’. In 2005 it raised €375m when it launched Dawnay, Day Treveria, an AIM-listed company, to invest in 75 German department stores. At one stage the property investment division supposedly had more than £2 billion of assets under management. Its UK property portfolio consisted of more than 400 commercial properties, totalling more than 7m square feet in over 60 towns and cities, and in Europe the group had more than 40 commercial properties in Germany, Hungary, the Czech Republic and Poland.

Dawnay Day mc2 Capital Management was set up to manage the Global AdVantage Fund, a Dublin-listed hedge fund incorporated in the Cayman Islands. Dawnay Day bought the Caffe Uno chain from the Restaurant Group. This added to a previous deal to buy Paramount, the AIM-listed owner of the Chez Gerard, Bertorelli and Livebait chains, in a deal worth £28.9m. Dawnay Shore hotels started buying up UK country house hotels.

In June 2007, Dawnay Day and Swordfish Investments completed the acquisition of Asquith Day Nurseries from Lyceum Capital for £95m. Dawnay Day also invested in UK fashion chain Austin Reed. It also started to open offices in India for a planned expansion programme in which it was ‘considering investing between $100m and $200m’. Oh, and it spent £130m on 47 apartment blocks in Harlem, New York. And all this is only the tip of the Dawnay Day iceberg. 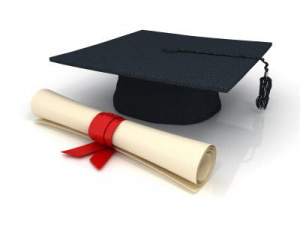 Students should abandon their degrees 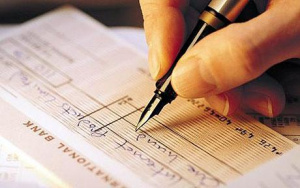