The rise and fall of Reuben Singh is a salutary tale for all young and thrusting Asian entrepreneurs in the United Kingdom seeking to make a name for themselves. The rise shows how having youth on your side, being from an ethnic group and being wealthy can rapidly take you to the very heart of government and result in reams of positive press coverage. The fall shows how governments will back anyone they think will make them look good, how fickle a mistress the media can be, and that ultimately all the glitz, glamour and perceived opulence in the world is no replacement for sound business planning.

Singh’s parents came to London from Delhi in the 1970s. His father, Sarabjit, was a wealthy wholesaler who imported and sold fashion accessories via a company called Sabco. The family lived in Poynton, an affluent village in Cheshire, and Reuben, the eldest son, was born in 1976. The young Reuben was sent to the William Hulme Grammar School in Manchester, which has the Latin motto Fide sed cui vide, or ‘Trust but watch whom you trust’.

Singh was introduced to the family business at a young age, and by the age of 13 he was accompanying his mother on trips to East Asia to buy fabrics. When he was aged 16, his father paid him a regular salary to run the sales department of Sabco. While studying for A-levels, he set up his first business, called Miss Attitude, selling women’s clothing, accessories and cosmetics. It was the start of a stellar rise.

Singh opened the first Miss Attitude shop in Manchester’s Arndale Centre in 1995, opening another shop four weeks later. By the time he left school, Singh owned nine stores and employed more than 100 people. Ultimately his retail empire would grow to more than 40 shops, and in 1999 Singh sold the business to US financier Gary Klesch’s company, Klesch Capital Partners, in a deal worth a reported £22m.

Still in 1999, he launched AlldayPA in Manchester, ‘a 24/7 call answering service’. The business used custom software that enabled a team of personal assistants to handle calls, manage calendars, type letters, and perform other tasks for business owners, all from a central call centre. Singh said he invested ‘around £14m’ in the project, adding that he later sold a stake in the business to a consortium of US investors for £10.5m, valuing AlldayPA at around £116m. The plan was, he said, to launch the concept in the United States.

It is a common problem: an entrepreneur who has quickly achieved a measure of success becomes impatient to move on to the Next Big Thing. It is hard to say how successful Miss Attitude might have been had Singh stuck with it. We shall never know.

This incredible business success did not go unnoticed by the media, and the praise and accolades started coming. The Sunday Times dubbed him the ‘British Bill Gates’, and the Mail on Sunday’s Rich Report (2001) estimated he was worth more than £80 million. The Guinness Book of Records even had Singh down as ‘The world’s youngest self-made millionaire’. Fortune magazine named Singh as Europe’s richest entrepreneur under the age of 30, valuing him at more than £95m, while the Independent newspaper put him in its list of people ‘ahead of their time’. Singh spoke about his plan to invest some $50m in India, and in 2002 he was named Asian Entrepreneur of the Year at a ceremony attended by Prince Charles.

For his part, Singh was not shy about talking up his success. Always one for the soundbite, he came out with various rehashed pearls of wisdom over the years, from ‘you’ll never throw a six if you don’t roll the dice’ to ‘I don’t know anyone who has out-talked me.’ That is a strange claim by any standards. He summed up his business philosophy thus: ‘I’m not an easy person to do business with. I’ll count every penny but I’ll never deceive anyone. The golden rule in business is that you never upset your customers.’

Many entrepreneurs enjoy the limelight. It is part of the personality of entrepreneurs to want to show the world what they are made of. Psychologists might argue that this self-justification, or self-glorification, is part of an inner insecurity and inferiority complex. Others would say it is simply part of having a very big ego. For Singh, it was a combination of both.

Courting media attention can undoubtedly help to promote and grow an entrepreneur’s business interests. But while journalists sing the praises of up-and-coming entrepreneurs, it is important not to confuse that praise with friendship. The same journalist will be there on the way down, at which point there is little to be gained from complaining about the fairness of it all. Amid the hundreds of magazine and newspaper interviews Singh carried out, he confessed modestly that he did not want to be ‘too visible’. So his chosen mode of transport was? That’s right, a canary yellow £276,000 Bentley Continental Mulliner. The shy and discerning tycoon’s vehicle of choice!

With the media hype machine in full swing, it was not long before Singh came to the attention of UK politicians – always on the lookout for a business success story that might rub off on them. Singh was gold dust. Young, British, Sikh, successful, wealthy – and the political top brass made a beeline for him.

In 1999 the then prime minister Tony Blair set up the Competitiveness Council, a government advisory panel stuffed with the great and the good from UK plc. Alongside the CEOs of British Petroleum, British Telecom, Diageo, PricewaterhouseCoopers, IBM (UK) and GKN, and sat around the table with the then director general of the Confederation of British Industry and head of the Trades Union Congress, was none other than Reuben Singh.

In December that year, then chancellor Gordon Brown launched the National Enterprise Campaign, the latest in a seemingly endless procession of well-meaning initiatives aimed at ‘encouraging entrepreneurship’ in the United Kingdom. Among those ‘business heroes’ who signed up for the campaign were Richard Branson, Simon Woodroffe, Alan Sugar, James Dyson, Martha Lane-Fox and, yes, the 23-year-old Reuben Singh. It is hard not to be cynical and believe Singh was there to tick a couple of boxes and make up the numbers. While the other entrepreneurs around the table remain successful business people, it did not quite turn out that way for Singh.

But there was more to come. In May 2000 Singh was appointed to the government’s Department of Trade & Industry’s now defunct Small Business Council, because ‘he showed a very good entrepreneurial spirit and the success of his companies gave us the view that he was a successful businessman’. Singh was described by the Treasury and the British Chambers of Commerce as ‘one of a cadre of successful entrepreneurs spearheading a more entrepreneurial culture’. And the ever-bashful Singh told the Financial Times in 1999, ‘I have instant access to most ministers, most politicians, and most pioneers of industry. I have met Tony Blair many, many, many times and I think he is listening and acting.’

To top even his intimate relationship with Tony Blair, in 2003 Singh was selected by the Davos-based World Economic Forum to take part in its ‘Global Leaders for Tomorrow Program’. Singh had made it. Cue the downfall. 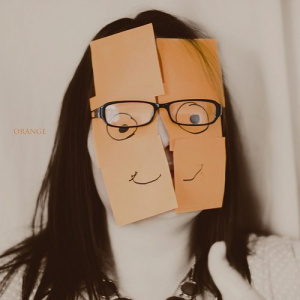