Stories about current and historical sexual assault have sparked a wider discussion on how the workplace is meant to be safe, free from predatory behaviour – and that the reasons people get away with it are as obvious as they are preventable.

Some examples from Harvey Weinstein are instructive in demonstrating inherent problems in arrangements and culture. For example, terrible and damaging cases of sexual assault and harassment happen for at least five common reasons.

(1) Distance between official policy and actual behaviour. When the official company policy or code of conduct is ignored, and individual, groups or the entire company is allowed to violate good practice, bad behaviour is allowed and implicitly encouraged.

(3) Rewarding bad behaviour. When a company culture, an employee contract or reward systems encourage bad behaviour, bad behaviour will flourish. When there are short-term rewards for both an individual and a company, bad behaviour often trumps long-term constructive interests.

(4) Excessive trust and ambition. Some people are naive and easily trusting, but a strong board and a leadership team must be more savvy – a significant part of the board’s responsibility is oversight. A leadership team and a board must be balance a reasonable level of trust with taking direct responsibility for the goings on within the company and the behaviour of those within it.

Weinstein illustrates how abuse of systems and people can still be troublingly common. But the examples show that harassment and sexual assault is also preventable. One case of individual abuse that is widespread should not ignore the complicity of others. Corporate responsibility should and must prevent it.

A system vulnerable and ripe for abuse is illustrated in Weinstein’s reported employment agreement with the Weinstein Corporation. The Telegraph claimed his employment contract built in provisos for misconduct, as long as he paid legal costs along with a fine.

This type of contract would not just ignore sexual assault and harassment (as long as the financial costs were absorbed by the perpetrator), would not just be complicit in the behaviour, but would actually allow the company to profit from it.

MacRae sets out steps to prevent derailment on the next page 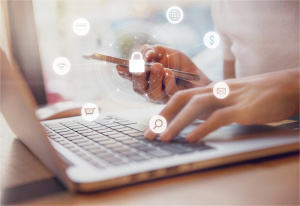 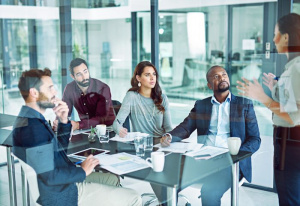