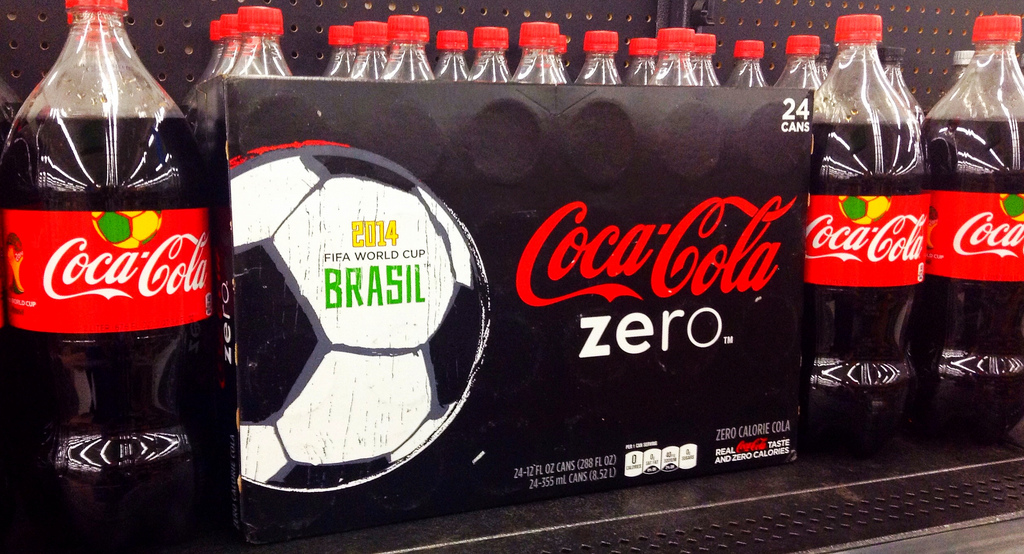 FIFA president Sepp Blatter has dismissed calls for a restructure, despite the plethora of suspensions and investigations dominating the media. This is by no means the first time the body’s reputation has been called into question, but with its sponsors voicing concerns, FIFA could now stand to loose the source of its funding.

From 2011 to 2014 sponsorship generated 28.5 per cent of the body’s £3.7bn revenues. However, sponsors have begun wondering if it wouldn’t be best for business to cut ties with FIFA. Take Coca-Cola, for example. Before the corruption charges, Cola had already become associated with the 2022 World Cup and Qatar – where new stadiums and hotels were being constructed under appalling conditions. The company has much to loose given that it was the third most valuable global brand with an estimated value of $81.6bn in 2014. Furthermore, Cola-Cola’s ads are ubiquitous during the World Cup. Of course, this has benefited Cola-Cola as “soccer-mad nations” in Latin America just so happen to be the largest consumers of its products in the world. Simply put, scandals are bad for your reputation and those affiliated with you will start stepping backwards slowly but surely further away until you’re the only one left in the spotlight. On the surface of things, modern society is all about ethics, morals and personal character. One wrong move can wipe out positive brand associations built over years. The sports world has an abundance of such examples. Tiger Woods, Kobe Bryant and Lance Armstrong were deemed as some of the greatest sports stars in the world, until they each couldn’t seem to get away from their own scandals and were promptly dumped by their sponsors. Woods was exposed as a serial cheater, Bryant was charged with sexual assault and Armstrong was stripped of seven Tour De France titles after it was found out he was doping. The crux of the story, however, is that they have all maintained their professional status, as well as several of their fans. The same could be said of FIFA. The popularity of the product offered by FIFA is so great that no amount of toxicity to the brand could probably dent it. It obviously means there’s something worth learning in terms of how FIFA manages to do it. More intriguingly, however, is what we can learn from FIFA’s mismanagement of the situation.

Here’s what not to do:

According to Danish FA chief Allan Hansen: “It is beyond doubt that FIFA has been harmed over the last few weeks and months. Words are not enough.” That’s because they let the problem fester. Even now the body has yet to address these problems.  In 2010, the Sunday Times claimed FIFA executives offered to sell their votes in the 2018 and 2022 World Cup hosting contest to undercover reporters. A month later, FIFA was still dismissing allegations when a BBC programme brought charges up against more of the body’s executive committee members. This led to Blatter, Asian confederation boss Bin Hammam and Concacaf president Jack Warner being investigated, followed by a leaked email from general secretary Jerome Valcke, who admitted Qatar had “bought” hosting rights for the 2022 World Cup.  Read more about brand reputation: Back in 2011, Richard Merrin, MD at Spreckley Partners PR, suggested that the recurring story of FIFA scandals would have less impact if promptly addressed each time. “This has been rumbling along for months, if not years, with accusations of wrong doing, corruption and financial irregularities,” he said. “It is cringe worthy watching press conferences at which the credibility of this international body is dissected at every turn. “It should have cancelled the election of the president and launched an immediate independent inquiry. It needed to look as if it was taking action. Instead it looked like the court of Louis XVI at Versailles. There is a core lesson that when confronted with a crisis a company needs to deal with it head on. You cannot hide, you cannot run from it and you cannot hope that the problem will go away. Don’t stick your head in the sand, look as if you are actually dealing with the issue. The problem is clear: vested interests and an ancient regime. And we all know what happened to Louis XVI.” Of course, it would also have helped if Blatter had actually accepted responsibility and had not brushed off allegations by claiming FIFA was strong enough to deal with its problems inside FIFA. “If we think of a brand name like FIFA as a friend, then we can ask ourselves whether we would like that friend to say sorry when they have let us down. Of course we would,” said Marlon Browser, CEO of HTK. “The first step when things go wrong is actually acknowledging what has happened, and doing it quickly. Don’t appear to be burying your head in the sand while you ‘strategise’ the best way to apologise. Brands simply need to ask themselves – is our public going to be satisfied with the way we have apologised? Or is it going to be seen as purely a self-serving exercise?” Browser added that a sincere, timely and personal apology can go a long way in any valued relationship. The right communication tools are there, so there really is no excuse. The next step is to communicate, well, openly. Not only did Blatter refuse to acknowledge accusations hurtled his way in a news conference, he warned the public: “We are not in a bazaar; we are in Fifa’s house.” The BBC’s David Bond explained that it was an absolutely extraordinary appearance by Blatter. “Delusional, one colleague said to me afterwards,” he said. “The phrase that will stick in the mind is: ‘Crisis? What crisis?’ – reminiscent of that famous newspaper headline during the Winter of Discontent.”  The best approach for CEOs in a crisis is to engage with company employees, stakeholders and customers as much as possible and communicate what the company situation is, advised Mandy Brooks, MD of Chazbrooks Communications. She added that the more open you are, the more you will protect your brand and reputation in the long run. By Shané Schutte