So the real issue, really, is how an organisation can minimise the damage, and even turn the recall into a positive opportunity.

The vast majority of manufacturers go to great lengths to ensure their product or solution meets expectations, whether that’s to satisfy customers, or to comply with regulatory standards. Processes are in place to ensure quality, so if a complaint is made about a product, it can expose a problem relating to the material, the components or the operation of that item that can be quickly and efficiently addressed. How that situation is handled is very important. If the company treats the complaint as an opportunity to gain valuable insight that can be used to improve its product and reassure the customer that the situation is being addressed and rectified, the outcome is positive.

Some companies are faced with recalls on a monumental scale, but to manage them successfully, they have to learn from mistakes and act quickly. One such occasion was in 2003 when two chocolate bars manufactured by a well-known chocolate brand were found to be infested with worms in Mumbai, India. Initially, the brand responded slowly, claiming the infestation was not possible during the manufacturing process, but inevitably this caused an immediate backlash from the media. At this point, the brand took a different approach, removed its advertising and took measures to address any issues in its processes, including the fitting of new machinery and new packaging.

It kept the media informed at all times and delayed re-starting its advertising campaign for four months, by which time the relationship with the media had improved. Despite sales in India plunging during the negative publicity, it managed to pull the situation back to almost pre-crisis levels by the time the new ad campaign began and has maintained its market-leading position in the country ever since. As a result, all these years later, this incident is held up as a good example of how transparency and customer guidance are the best way to manage a recall.

Consumers would prefer to be kept informed even if a company does have to recall a product from the market. We carried out research last year with YouGov amongst over 2,000 adults in Great Britain, which revealed that 69 per cent agreed companies who plan a product recall carefully and take action before they are forced to do so by law are considered smart. Two thirds agreed that a product recall shows the company values quality. Increasingly manufacturers are recognising that it is to their advantage to be honest from the start and opt to voluntarily take the appropriate action demonstrating their commitment to the safety of their customers.

Speed, of course, is also of the essence. Reducing the time it takes to recall a product is likely to resonate well with consumers which will then have the knock-on effect of making them more likely to continue purchasing from that manufacturer. After all, today’s screaming headline is tomorrow’s chip paper.

The automotive industry, however, has taken the issue of recalls into a totally different area. The problems with component parts has meant that one manufacturer after another has had to recall initially thousands, and now millions of vehicles. In our last Stericycle Recall Index for Q1 2016, we highlighted that in Europe alone, motor vehicle recalls increased by 83 per cent between January and March, the highest quarter since Q1 2013.

So it has been interesting to see the approach being taken by the CEO of one particularly prominent car maker involved in a protracted, high profile recall campaign. She has moved her company in a new cultural direction according to industry observers, and has apologised repeatedly and publicly to the families of people killed by faults in her company’s vehicles, also setting up a compensation fund before any legal liability has been established. The leadership team are winning applause for the way they are handling things, which illustrates the importance of connecting with customers and putting them first.

There is no magic wand to ensure a successful recall, but speed, communication, preparation and providing trained customer service staff to answer queries from the very start is essential. It might be challenging but if a manufacturer puts their customers first at every stage this will demonstrate their commitment to resolving the issue and learning from it.

Recommended reading: 12 product recalls that will make you pause before your next purchase 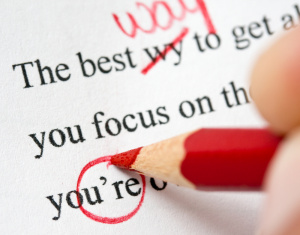 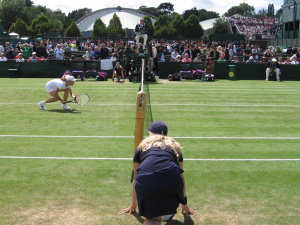 Game, set match: What Wimbledon can teach a creative director