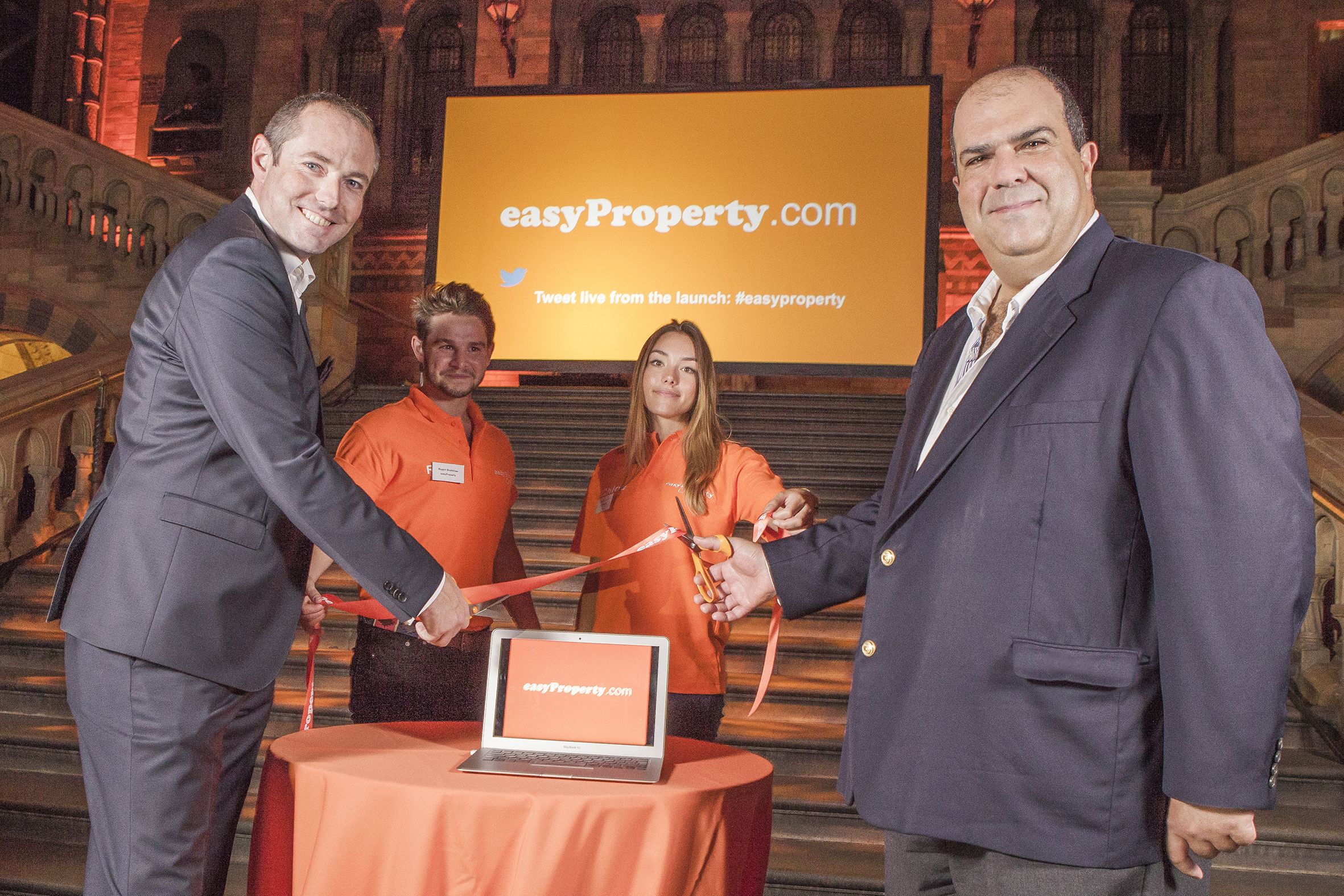 Ellice is the first to admit that he?s been in property for ?far too long?, having been part of the traditional estate agent set up with a bit of property services thrown in.

It was though seeing how people were beginning to transact through online and classified portals that he first believed his “old in the tooth” experience might be useful when it came to creating a new disruptive presence.

In explaining what his new venture, easyProperty, does, Ellice compared it to how one might go about shopping for a new Mini car. Since relaunching to unprecedented success at the turn of the millennium, BMW has employed a sort of Lego-like approach to purchasing a Mini. Starting with a very basic car, consumers can then add to their four wheels with various features and upgrades.

This, Ellice revealed, is very similar to what easyProperty is doing for the buying, selling and renting of property. ?It?s a model where you have a base system but then everything else is add on. You take bits you want and not bits you don?t.?

Ultimately, easyProperty will offer individually priced property services reflecting the needs of users. It’s a case of stripping down the traditional estate agency service and then building it back up again, removing the expensive overheads and creating a service that provides what a customer needs ? but no more.

The first thing he had to do was work out all of the various plug-ins that consumers might want, from advertising packages to contract creation. All well and good once he?s used his accumulated property knowledge there, but what about a brand to wrap it around?

Enter easyGroup, the low-cost business organisation set up by the now famous Greek-Cypriot entrepreneur Stelios Haji-Ioannou. While beginning as the low cost airline used by millions to travel around Europe, Haji-Ioannou then began to lend the easyGroup branding to various other ventures.

Seeing the value of the affordable brand perception and instantly recognisable colour scheme, it has been used by other entrepreneurs to create offerings in the car, fast food, fitness and hotel sectors ? as well as with less success in mobile, cinema and cruises.

?There are a number of different sectors they?ve gone into via brand licence or by themselves,? Ellice explained. ?These have all been about reducing costs and just being cheap.?

However, Ellice told us that Haji-Ioannou, who serves as a brand partner of the business, saw easyProperty as a way of stepping away from this cost-cutting perception, with the business instead being about giving choice and allowing consumers to break away from a traditionally restrictive sector ? just like they were able to with easyJet when travel agencies were cut out.

?It?s a usual brand licence model. We?ve got it for 20-odd years and have support from Stelios. He has helped with branding and promotion and got us lots of publicity.?

When I asked Ellice about early traction for easyProperty he said it is all going ?very well?. However, with the brand sorted, he and the team needed some seed money. The funding transaction that received most attention was easyProperty?s equity crowdfunding round, where it banked ?1.4m. What is less known, however, is that Ellice has actually raised ?15m by combining crowdfunding with private activity.

?We used crowdfunding as access to our target market, and knew we?d get quite a lot of attention from doing it.

?We initially set out to raise ?1m, and gave Crowdcube two weeks to do that, but ended up 40 per cent oversubscribed.?

A key attraction for Ellice was access to Crowdcube?s investor database, a group of people he saw as similar to a buy-to-let audience ? those who would like be interested in the easyProperty concept.?

Through the crowdfunding process Ellice and easyProperty secured about 600 backers to go with the higher net worths secured earlier in the year. Back then, Crystal Capital helped the business raise ?4.75m, having set out to secure ?2.75m, from the ?great and good? of the city. Nobody, Ellice revealed, came in with commitments of more than ?200,000, but contributions came from fund managers, media tech analysts, a ?good spread? he said.

Since getting the business concept out into the market, easyProperty has been joined by the likes of Purplebricks and James Caan-backed Spacious. Seeing it as a key time to accelerate growth, hence the big fundraising efforts, easyProperty will be starting with lettings and then moving into sales during 2015. If all goes to plan the commercial sector will also be targeted towards the end of the year. As part of the brand licensing agreement, Ellice also has permission to go into six other European countries.

When I asked him about what questions both private and crowdfunding investors had of him and the business, Ellice brings it back to perception. ?A lot thought we were preparing to take on the likes of Right Move and Zoopla, but they?re actually one of our main marketing sources. We fit hand and glove with these.

?Once I was able to explain it to people, a lot of the time it ends up with them asking ?why hasn?t this been done before??.?

A lot of the discussion leads back to the branding side of things, with European expansion set to be massively aided by easyGroup association. ?People understand it, and the power it has. When you think about what is needed to raise and build a brand, it would be about ?10m to get a decent foothold,? he added.

?That?s nowhere near what we spent, and then you have to ask the question of whether it would be the same recognition. It gives us trust and credibility, and has allowed us to walk though doors easier.?

We finish on an ambitious statement from Ellice when addressing where the business could one day end up.?Over 4500 landlords have registered since launch, with these landlords holding portfolios with over 20,000 properties in them.?Currently, 400 properties are listed on Rightmove and Zoopla via easyProperty and over 800 have been listed on the site in the last two months.?A lot, he said, have looked to easyProperty as like the fast-growing US short-term rental platform Airbnb. The ambitious entrepreneur in Ellice believes that his venture can one day be that size.