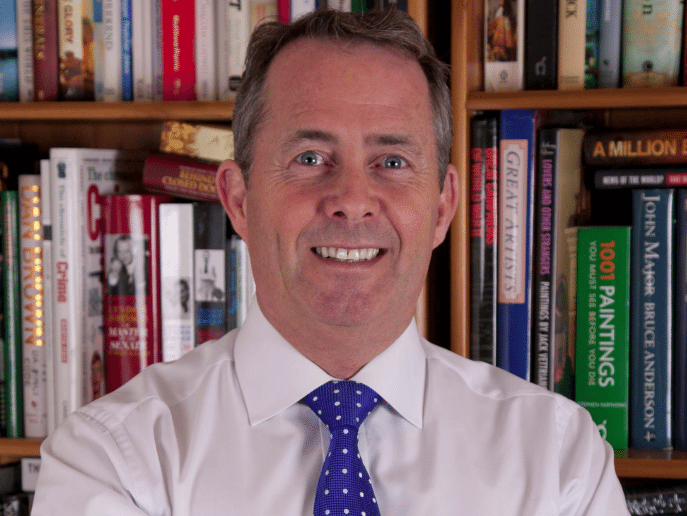 There are many firms here, in particular internet businesses, which in fact are the very opposite of fat and lazy, consistently helping to grow the UK’s exports and economy, and often competing on a global stage.

But despite the clumsy tone of Fox’s rhetoric, there is some truth to his words. In particular, his view resonated with me that companies must “stop thinking about exporting as an opportunity and start thinking about it as a duty”. We live in an era of tremendous global opportunity in the digital economy, that is wide open, and the UK is exceptionally well poised to compete. I think what Fox was trying to do was light a fire beneath British industry and lift it from its post-Brexit malaise. It’s a simple fact that companies which don’t think globally are under threat from companies that do. Like it or not, scale matters. Scale helps you compete. Scale helps you invest in the best products. Scale helps you invest in the best marketing. Scale helps you attract the best talent. While Fox’s attitude is neither accurate about, nor helpful for, the companies he is meant to represent, there does often exist a cautious approach within the UK when it comes to expanding overseas. From a Momondo Group perspective, the UK is an important market for us, but if we hadn’t taken risks and expanded our operations internationally when we did – unusually – looking to the US as our first international market, then we wouldn’t be in the successful position we are in today. Brexit has brought uncertainty, but uncertainty is the friend of entrepreneurs – it is precisely from risk, and from challenging existing paradigms that opportunities grow. In particular, from a Brexit perspective, the weaker sterling has in fact boosted the opportunity to export and be competitive abroad. Seizing the moment now can enable UK firms to get their foot in the door, showcase their product, and build their reputation from there.

Working internationally encompasses more than just exporting – it is a mind-set that impacts everything from your marketing strategies to your hiring decisions. UK businesses are lucky to call Britain their home, and should embrace the wealth of international talent that our benign entry regulations attract. Whether the recent Brexit decision hinders the free movement of talent is yet to be seen, but hopefully the outcome of the referendum will not impact our ability to recruit the very best global and European talent. And Brexit or no Brexit, the wider point still remains. It is up to entrepreneurs and businesses to challenge themselves, and sooner – rather than later – to take any successful company into the international arena. It is about taking a methodical risk – planning where you want to be and why, and then going for it. Companies can grow internationally in different ways. At Momondo Group, we acquired Danish firm Momondo in 2011 as an established player in that market, enabling us to grow the business from that beach-head into markets we were not that familiar with, to become the leader in the Nordics. On the other hand, we took the plunge into the US purely on a low cost organic approach funded out of cash flow alone. Against warnings of the US being the “graveyard of British businesses”, and with minimal spend on marketing, we persevered and worked hard to incrementally cut into the US market. Both were significant risks, but without them we wouldn’t have grown from a three-man operation in Wandsworth into the fast-growing, global company we are today. So yes, Fox’s comments were ill-judged. This isn’t the era of fat-cat leaders who do their business on the fairways, but of nimble and progressive digital entrepreneurs with the world at their feet.  But when you look at his words more closely, there is a sentiment of which UK businesses should take heed – think globally to survive, succeed and thrive. Hugo Burge is CEO at the Momondo Group

Rival countries have surpassed the UK in international sales