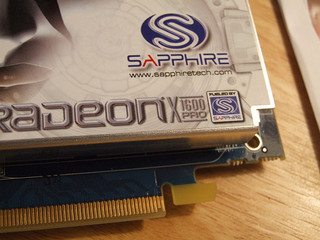 It’s not often that an opportunity for cost savings or revenue generation remains unexploited, especially in the current financial climate. But more than a year after a ruling by the European Court of Justice over the re-sale of software licences, the business world is still holding its breath to see what will happen next. This is despite the Financial Times saying that the decision has “the potential to create a multimillion dollar market”.

The EU court made a final ruling on the UsedSoft versus Oracle case in July 2012. It decreed that perpetual software licences bought legally could be resold and was seen, in some quarters, as a European act of defiance against the global software giants. Yet, although sales of licences have continued informally, usually driven by mergers and acquisitions or because of an unbudgeted shortfall revealed by an audit, new trading has so far been minimal. In our experience, while businesses say they would be happy to sell superfluous licences, provided all the right legal checks and procedures had been carried out, few would be prepared to buy, even if they could save their business hundreds of thousands or even millions of pounds by doing so. In many ways, businesses are right to be careful and seek expert advice. Yet, we have talked to lawyers extensively about this and it seems that the European Court’s judgement takes precedence over any contract a company may have with its vendor. Also, the ruling has important wider implications. For example, unsupported or orphaned licences, which would have previously been written off, now have a value and can be regarded as a tangible corporate asset. Of course, their value will depreciate over time, but they could help raise significant asset values to a business and increase share value. So, will the market develop from here – and if so, how? Although there is still work to be done on due diligence, it’s unlikely that businesses will hold back for much longer. Used licences could be available for around 50 per cent of the original cost – and for companies buying in large volumes this means significant savings. There’s obviously a need for a trading forum or marketplace, but it’s not yet clear the form this will take. It’s probable that an independent third-party will act as a broker, possibly by hosting an online portal which will act as an internet auction. More transactions will naturally emerge through improved licence management and the need for compliance. If licences are now an asset, companies will become even more concerned about keeping control of what they own. If, as part of this process, a business discovers it doesn’t have enough licences, it may use an asset and licensing management firm to engage with another company which has too many through downsizing or other circumstances. Whatever the reason for buying or selling, it is advisable to use a facilitator who knows their way around licensing processes. Anyone interested should also talk to their own company lawyers.  It’s a case of weighing up a slight risk – which can be reduced further by using expert help – against major savings. The business world can’t take too long to make up its mind though. Transition to the cloud, for example in the case of moving from Microsoft Office 2010 to Office 365, is opening up a window – but it’s not going to remain this way indefinitely. One by-product of the ruling is that it has focused attention on issues around used software and licence management generally. There are many businesses today with hundreds of thousands and even millions of pounds of used software on their books, yet they are simultaneously buying the same assets and paying penalties. Licence management experts can give independent, specialist advice to businesses on getting their IT assets in order – and save significant sums of money in the process. Paul Sheehan is partner at IT Asset Management Solutions Image Source