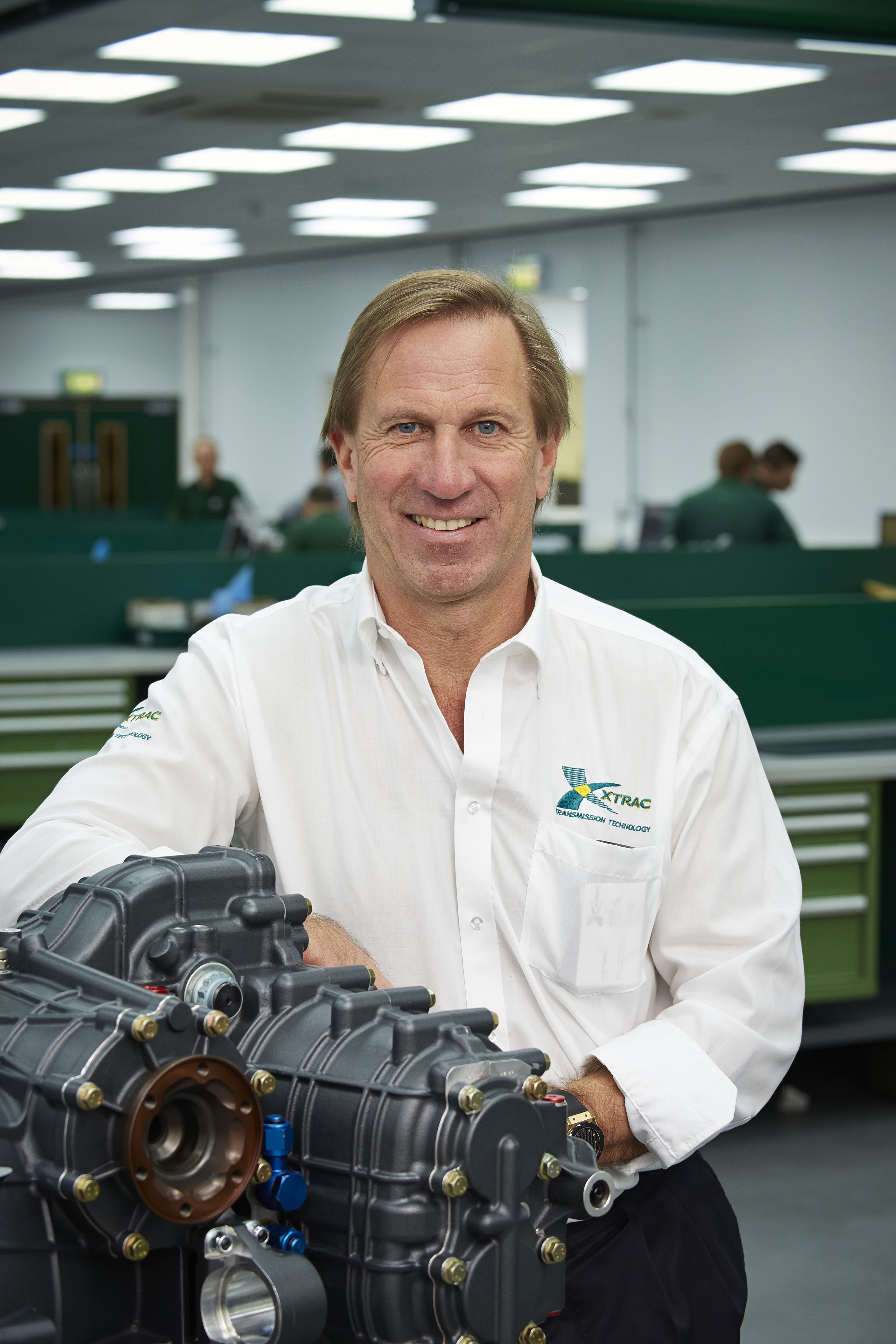 Peter Digby has now been at the helm of transmission maker Xtrac since 1986, when the business was a four person enterprise. Now located in the corridor commonly known as “motorsport valley, stretching between Rugby in Warwickshire and Newbury in Berkshire, the business has 280 staff, offices in the US and growing sales in the likes of Brazil, Argentina and Uruguay.

However, one aspect of the business has remained constant throughout its history – and that is its standing as British manufacturer. The business builds and sells transmissions, with the lion’s share of its trade coming in the motorsport market.

From the Formula 1 paddock to the grid of the Indy 500 race, where Xtrac supplies every car on the grid, the business has become the part supplier of choice for a mind-boggling array of teams.

In beating off competition from the likes of serial entrepreneur Ed Bussey, who’s latest venture involves his content marketing agency Quill, and The Gym group CEO and founder John Trehane to win Entrepreneur of the Year at the 16th Growing Business Awards, supported by the CBI and in association with Lloyds Bank, Digby secured recognition for his efforts in taking Xtrac to a global market.

His journey began when he left school to become an apprentice at British Airways, from which he then joined the Williams Formula 1 team for six years. A period at the short-lived Haas F1 team with soon to be motorsport stalwarts Ross Brawn and Adrian Newey predated his ultimate move to Xtrac, which had been set up by friend Mike Endean.

The next ten years of Digby’s career was spent as managing director at the business up until he and part of the team led a management buyout when Mike Endean decided he wanted to retire. At that stage the entrepreneur and business builder in Digby created a situation where 49 per cent of the company was owned by staff and 51 per cent by himself and the senior management team. This, he told Real Business, is his single greatest accomplishment. But onto more of that later.

The period just before, during and after the buyout was one of the most difficult Digby has had to navigate, he said. “When you grow a company you start small. We then went from four to 70 people, and when you reach 100 people you start to think ‘jesus’!

“The company was struggling at that point as you begin to realise you need a head of IT, a head of HR, a factory manager and all those sorts of things.

“Ultimately you have to get your mind set from being a small company to becoming a medium one. At the time we had three challenges: one was that we needed a new factory as it was just chaos having five different ones; secondly there was a need to buy in some very high level machinery all in one go; and lastly we moved from customers ordering product made specially to taking it out to market.”

To deal with the machinery costs Xtrac and Digby brought in HSBC Private Equity and surrendered a 25 per cent stake in the business. This, he said, gave the company some breathing space and started the beginning of a business/investor relationship that lasted until 2013.

Looking back at the landmark events that populated his time as head of Xtrac, Digby points to the 9/11 disaster in New York and global downturn in 2008 as particularly memorable. Being a motorsport-geared company, business depends on people wanting to sponsor cars and go racing.

During both events the sponsorship market became harder, but Digby and the team were ultimately surprised at the lack of cut backs that went on.

He and the rest of the residents of “motorsport valley” are in a “very privileged position”, he added. Xtrac has been able to continue with growth and now sell its products in increasingly regularity to buyers in South America and China.

Formula 1 has always been a big part of Xtrac’s operations, but regulation change has brought out the entrepreneur in Digby through a need to diversify and identify new markets. “We now supply the vast majority of Le Mans cars  – we’ll have 30-40 out of the 56 cars on the grid this year,” he explained.

“In the US we supply all of the Indy 500 cars, the biggest motor race in the world, and British Touring Car demand has really grown well. They have to use Xtrac.”

The driving into new markets is led by what Digby simply calls a “fantastic team”. The business leader says he is not afraid to hire people who are far better and smarter than he is, with a single overriding feature of being passionate about the business.

When quizzed on what he thinks makes him a good entrepreneur, and worthy of the Entrepreneur of the Year 2014 crown, Digby talks about the “Xtrac DNA” that he has implemented and enforced at the business.

“Each person who secures a job gets given a booklet and course on Xtrac values. To be honest half of it could have been written by my mother as it is all about being polite, but it makes sure everyone respects the values of the business.

“It then comes down to letting people get on with their job as they are far better at doing it than I am.”

I asked Digby to look back on the last year, the period of time he is being recognised for by the Growing Business Awards, and it becomes clear just how much of an impact the business is having. From being recognised as Global Director of the Year and overall winner of the Director of the Year Award at the UK Institute of Directors (IoD), Xtrac was then front and centre of a Top Gear episode shedding light on the world-leading motorsport industry in the UK.

However, the things Digby seems most proud about are the way in which the every employee is a shareholder and the success in bringing apprentices through.

Despite there being a red tape administrative hangover from the days when “fat cats” stuffed their pockets with cash by using loosely based employee trust schemes, making sure that staff have a vested interest in the business is key, he said.

Digby was recently a guest of David Cameron’s and used the opportunity to make a point that if the government could do anything to ease the administrative burden of looking after employee-owned companies it would be good, something he believes will happen soon.

For a business now generating 70 per cent of its revenues through exporting, Xtrac is a great example of those leveraging the “Made in Britain” brand. His job may take him from the bowl-like Indianapolis Motor Speedway to the winding streets of Monte Carlo, but for Digby all the magic happens at the firms headquarters in Thatcham, West Berkshire.