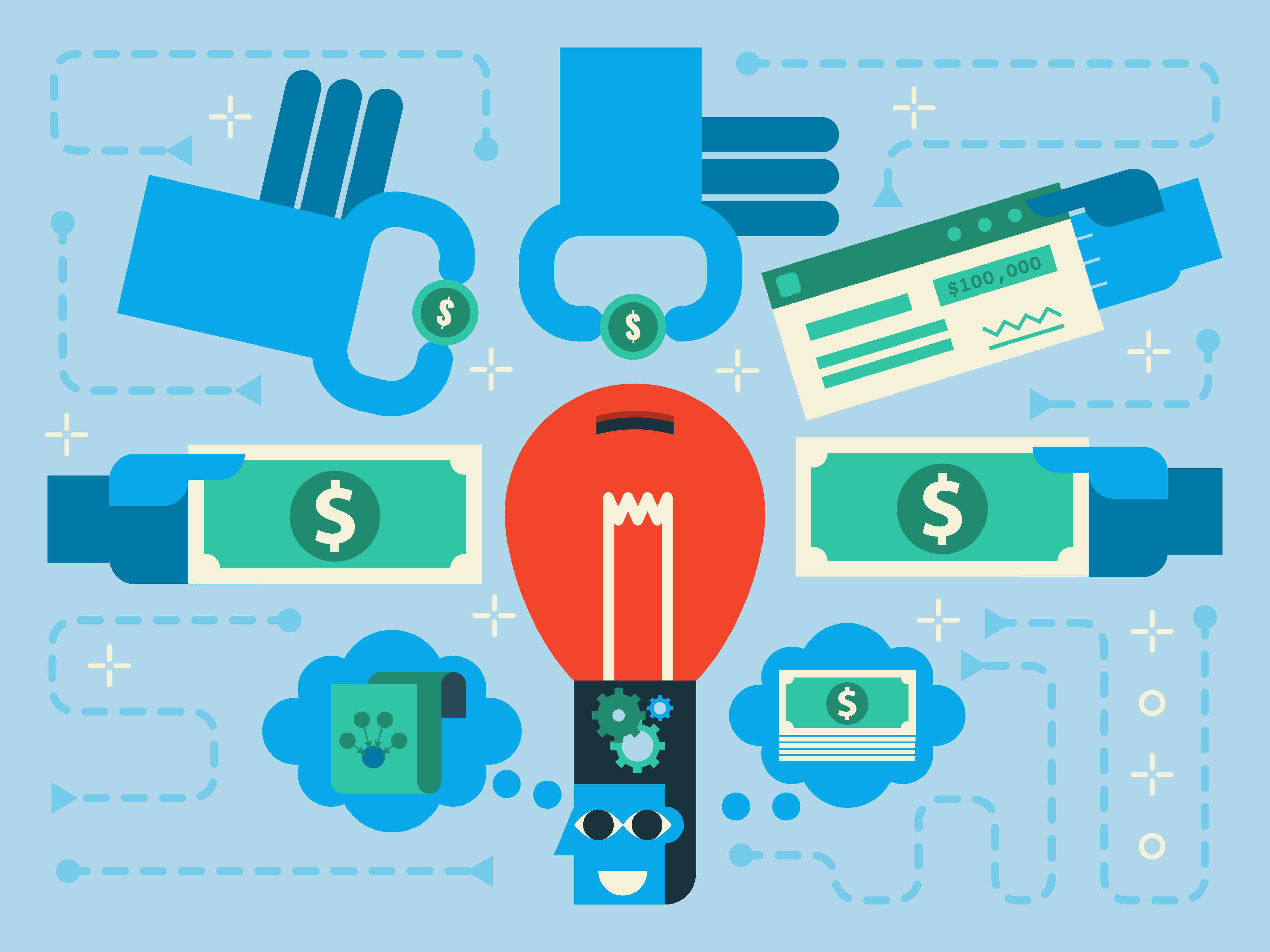 Share via
During 2015, rewards-based crowdfunding grew by more than 20 per cent, according to the ?State of the Crowdfunding Nation? report. That figure, based on amount raised, was further bolstered by growth in number of pledges by ten per cent. As covered in our separate news piece, the UK has emerged as a frontrunner in the space ? with innovation being championed as new projects secure all-important finance. (1) What is the scope of this report? How many platforms and projects are covered and over what period? We have been collecting data since 2013, but this January marks the point where we have two full years of data on all the major platforms ? including Kickstarter and Indiegogo as well as some more national and regional ones like Crowdfunder.co.uk. More recently we’ve also added relative newcomers such as Pozible and there are more in the pipeline. The report covers 2014 and 2015, and more than 300,000 individual projects tracked from 222 countries. (2) Does this mean you’ve captured 100 per cent of global activity? No. We believe it is closer to 50 per cent ? or perhaps less. There are around two thousands platforms that we know about? most of them quite small, but it all adds up. Our main focus is on the English-speaking world and on innovation and entrepreneurs, businesses and startup. So we do not include much on donations platforms. China has a huge and growing crowdfunding industry too, which we are not covering as yet. So we think we capture less than 50 per cent of global activity overall ? but it could be as low as 25 per cent or 30 per cent. It’s still a very respectable sample, but nobody has a way of knowing just how big this ocean has become as yet. Then there’s lending, which we are not collecting data on as yet, and equity. We do collect some data on this, mostly from the UK and for context, but this is not the focus of this report.

(3) Is crowdfunding still growing? The simple answer is yes, and a lot faster than China. The fantastic growth rates we saw in 2015 have steadied over the last year to a plateau and now a more gentle gradient between 20 per cent and 30 per cent, depending how you measure it. It looks like it’s consolidating and becoming entrenched and sustainable for growth into the medium and long term. However bear in mind that crowdfunding still has a long way to grow and is still in the hands of the pioneering sorts and early-adopters, especially as far as backers are concerned. So we may well see an even bigger surge in the years to come as we broach the next, majority, stages in the adoption curve. (4) The report says that Kickstarter-style, rewards, crowdfunding is the new seed funding ?and that this rivals equity crowdfunding. Why? and Why is that important? Over my lifetime as a professional and as an entrepreneur I’ve seen successive governments in the UK and elsewhere in the world try everything they can think of to crack the problem of seed funding, because they know that this is the crucial stage to creating businesses and jobs. It’s the crucial first step. Like serving first-time buyers in the housing market. Just when they’ve all pretty much given up, along comes Kickstarter and rewards crowdfunding with a completely new approach, that was not possible a decade or so ago and it’s been transformative. Seed funding has been the missing first step in lighting the entrepreneurial fires under an economy and opening the doors to what VC Julie Meyer has called individual-capitalism. Giving anyone who wants, or needs it, the opportunity to create their own business ? or their own job. In the UK we’ve had this unhealthy mono-focus on “unicorns”, “gazelles” and the “scalable” ? the types of business that don’t actually build an economy in these days of mobility and globalisation where such corporates pick and choose where they will locate and relocate principally on the basis of tax, creating a race to the bottom and rootless global corporates. Seed funding is needed to create all kinds of businesses ? from the “unicorns” to the one and two-person and micro companies that are a big (and flexible) part of the future economy. It’s easy to forget that it’s in living memory that Apple, the world’s wealthiest company in more ways than one, was a startup needing seed capital. It needed $1,300 in fact, as Steve Jobs has related. Jobs sold his van. Steve Wozniak sold his calculator and, well, the rest is history. Governments forget this, and so are using the wrong KPIs. Blunt instruments that miss the fact that if you create no seedlings you’ll never have a forest. That seed-money is many times more powerful in creating businesses than later stage growth money. But they seem to have given up just as a new and palpably better technology arrived that is finely balanced and able to deliver just enough funding to well-incentivised entrepreneurs without creating the perverse incentives that crippled and destroyed previous attempts. What this means is that the doors are now open to hard working entrepreneurs willing to work their socks off, whether through need or passion, to get direct access to a market and get the seed funding to get going. They can get either independently viable or, as likely, fundable by growing their startup to that stage. Similarly this is a great way to seed fund new products or services for existing businesses wanting to grow but lacking the resources ? and combines it with market feedback and validation.

British producer out to raise ?400,000 to complete film dubbed ?Rocky of golf?

(5) You claim that such seed funding is more powerful than ten times the money in equity funding ? why is that? Put into the context of the above it’s not difficult to see that by providing the small amount of money actually needed very efficiently any given pot of money can go much further. It also goes much faster compared with with traditional models with crowdfunds answering a lot of question within weeks or months that can take years ? or more likely never get near a market. Plus the money, which typically comes in small packets from many people’s disposable income, spreading the risk very thin indeed, is not even committed until it’s proved that there is a product, or service, that has a market ? and that the team involved are able to, find, communicate with and excite that market. At which point they have customers and revenues, and begin to look a bit like an investor’s holy grail, of course! (6) So the $1.6bn you have estimated was committed in 2015 should go a long way? Yes. We will see more of the impact down the line of course but I think it’s arguable and likely that this form of funding is the bigger innovation compared to crowd lending or equity. It will certainly feed them, stoke their fires, that’s for sure.

Architects crowdfunding life-size Lord of the Rings city ? but under siege by riva

(7) To say, as the report does, that rewards crowdfunding has created “an unprecedented global wave of innovation, never before possible in human history” is a bold claim. How do you justify that ? and it is that now, or a projection for the future? It’s now. It’s already with us. In the last two years we’ve seen around 300,000 would-be entrepreneurs launch a crowdfunding campaign. We know that this is just a fraction of the total ? and that more than enough have succeeded in that timeframe for there to be more than 100,000 active entrepreneurs around in that time, as a result. That could not have happened during the industrial revolution. The costs and other barriers to entry were too high and it certainly hasn’t happened before or since ? until now, and crowdfunding came along. We have dubbed this the “iEconomy” ? with the “i” in this case for innovation ? because this really is unprecedented and is in the process of transitioning us all, national and the world economy. From a static model, like a manual or book of rules which you perfect and then use (often embodied into an institution), to a dynamic model where pretty much everything is up for grabs ? for redesign. Not once, but over and over again. Iteratively. The “iEconomy” is the iterative, innovative world that’s been created by the web and the internet, freeing us all from many of the barriers. Crowdfunding is just a part of that ? a key part, but part of a bigger change to the world economy making it more dynamic then ever before and opening more opportunities to more people than was ever before possible. That’s what all this data is telling us. Rewards-based crowdfunding platform Indiegogo has certainly realised the potential of the finance method, as evidenced by its move to create a bigger enterprise offering.