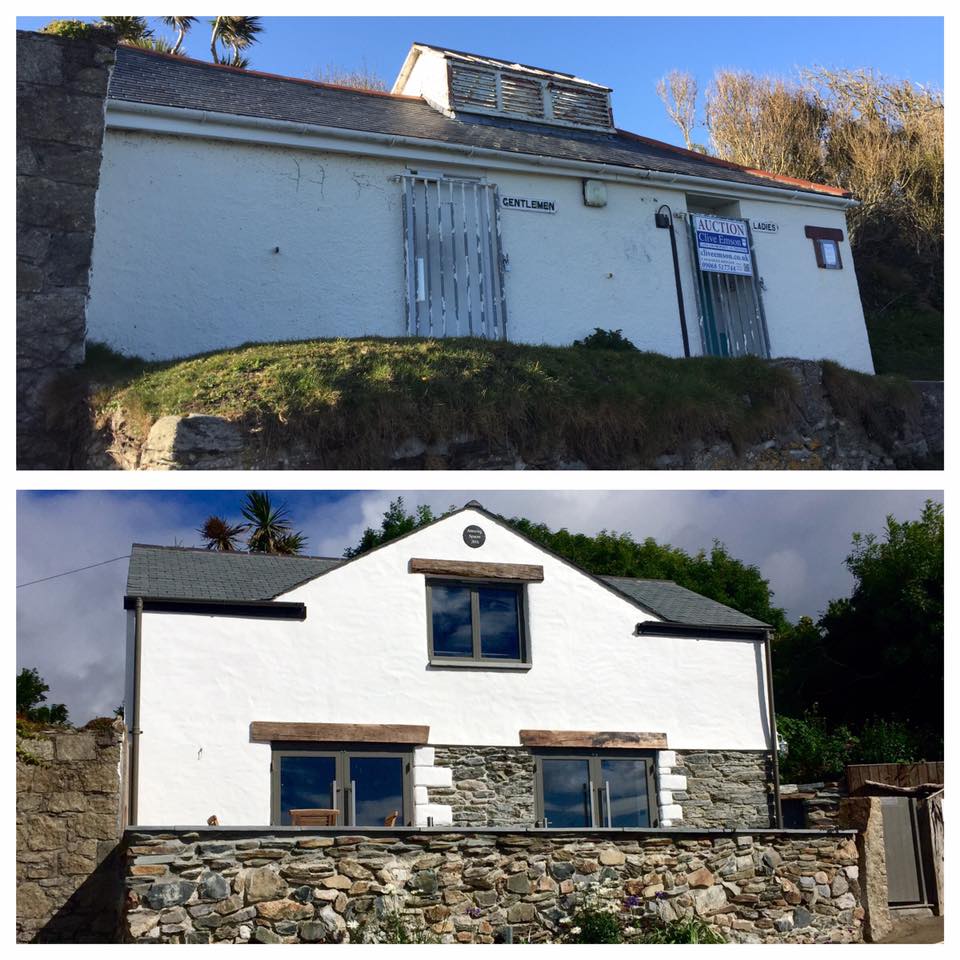 The development from former model Charlotte Thomson and partner Joey Auger has affectionately become known as the #loowithaview on social media.

Bought for just ?115,000 back in March 2015, people may have thought the pair over-ambitious or mad, but they?ll have the last laugh as the new conversion is worth ?595,000. Complete with all of the amenities you would want from a refurbished property, the Charlestown-based restroom-turned-residence even boasts an outdoor sea-facing hot tub and has heated flooring throughout.

Speaking with the Big Bathroom Shop, she detailed: ?It was a public toilet, so the existing plumbing was great! It did however all have to be taken out so we could start again and upgrade it, but at least the basics were there; drainage etc. ?We?ve chosen underfloor heating for both floors for two reasons really: it?s a modern alternative to radiators and the limited space we have. “We do have towel radiators in the bathrooms; you can?t beat warm fluffy towels.?

In addition to her property venture, which will leave her ?480,000 in profit, Thomson?s other entrepreneurial activities include directing luxury holiday lettings business loversretreats.com and co-ownership of the Falmouth Bay Seafood Cafe. However, despite buying the property 18 months ago it wasn?t until 2016 that Thomson and Auger set to work on transforming their purchase.

“We’ve worked six days a week for seven months solidly starting at 7.30am and working till between 6-8pm most days,? she told The Mirror. “We weren’t intending to do so much of the project ourselves but were let down by a lot of people and struggled to find good local tradesmen that were reliable – so just got stuck in and did it ourselves.? Thomson claimed that no expense was spared to convert the Cornish pad. It boasts two bedrooms, en suite and wet room. Given the seaside location, which also served as home to TV show Poldark ? something that spiked property prices locally ? a mix of coastal and chic styles were used within the home. If you fancy getting your hands on the spot, get in touch with Thomson quickly ? a local celebrity chef is said to be eyeing the place up already. By Zen Terrelonge

This summer also saw pop star Robbie Williams list his house on the market ? find out what you can expect for the $11m price tag.