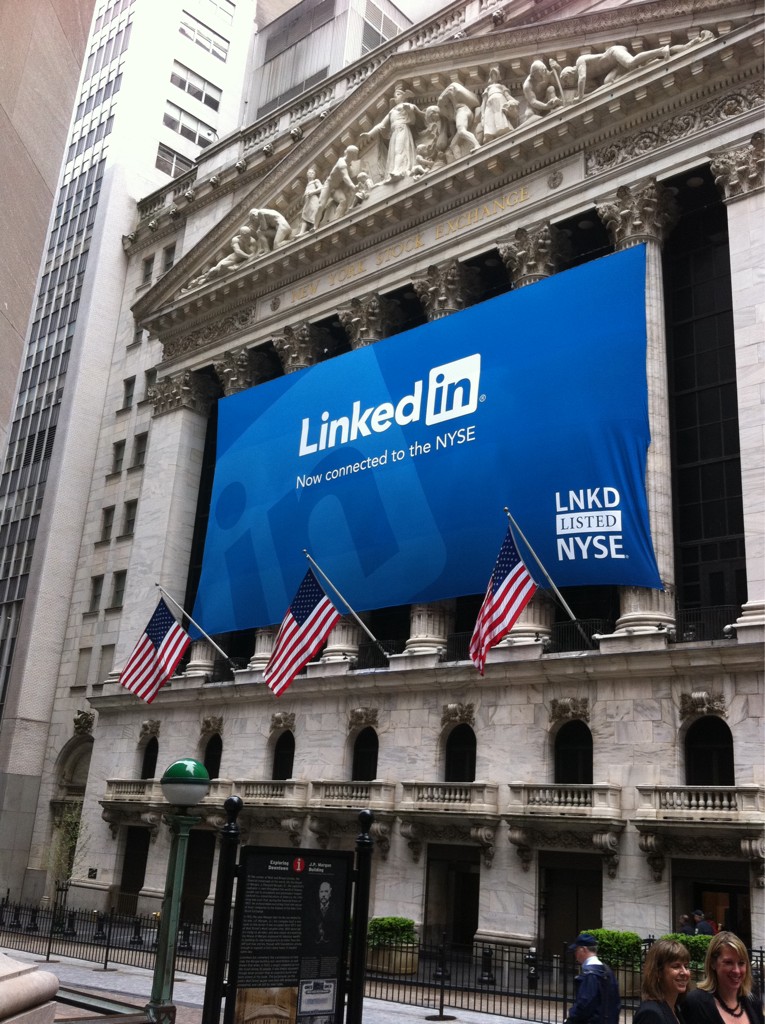 In a stunning debut on the New York Stock Exchange, LinkedIn’s shares (LNKD) opened at a nearly-double the company’s initial public offering of $45 per share.

At $90 per share, LinkedIn is valued at about $8.5 billion. LinkedIn raised more than $350 million in its offering, making it one of the largest tech IPOs since Google floated in 2004. As of November, LinkedIn was adding one user every second. LinkedIn now has more than 100 million users, with more than half of its members located outside of the US. On Tuesday, LinkedIn reported (in an updated SEC filing) that the company recorded a profit of $2.1m on revenues of $93.9m in the first quarter. In 2010, LinkedIn’s last full fiscal year, it earned $15m in profits on sales of $243m.