It’s been a busy week for social networks: after Facebook’s huge $500m investment round, rumours are now swirling around a potential IPO for LinkedIn.

If LinkedIn were to IPO, it would become the first social network to go public.

Speaking to Reuters, a source said: “If Facebook went public before LinkedIn, do you think anyone would pay that much attention to Linkedin? You might want to surpass the beast.”

Although LinkedIn has refused to comment on the rumours, Shannon Stubo, a LinkedIn spokesperson said: “An IPO is one of many tactics that we could choose to pursue.

“We’re focused on building our business and doing what is in the best long-term interest of LinkedIn members and shareholders.”

This isn’t the first time that IPO rumours are swirling around LinkedIn. Just last July, the media (ourselves included) went crazy over LinkedIn potentially going public. But this time, it looks like it could be for real.

According to Reuters‘ report, LinkedIn has hired JPMorgan Chase, Morgan Stanley and Bank of America Merril Lynch as advisors for the IPO.

Plus, it would make sense for LinkedIn to float before the much larger Facebook, which could be forced to go go public if Facebook exceeds the SEC’s 499-investor limit that allows it to remain private. This is now looking like it will happen in 2012, according to documents released by Goldman Sachs, who recently invested $450m into Facebook.

Or, it could be that LinkedIn just wants to become the first social networking company to do an IPO, ahead of others.

Regardless of the reason, LinkedIn would be an attractive company for investors, earning good repeat revenue from its premium subscription business, ad sales and via its corporate recruitment solutions.

So, let’s just hope this isn’t another big rumour. LinkedIn doesn’t want to become the boy who cried wolf. 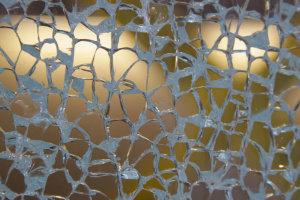