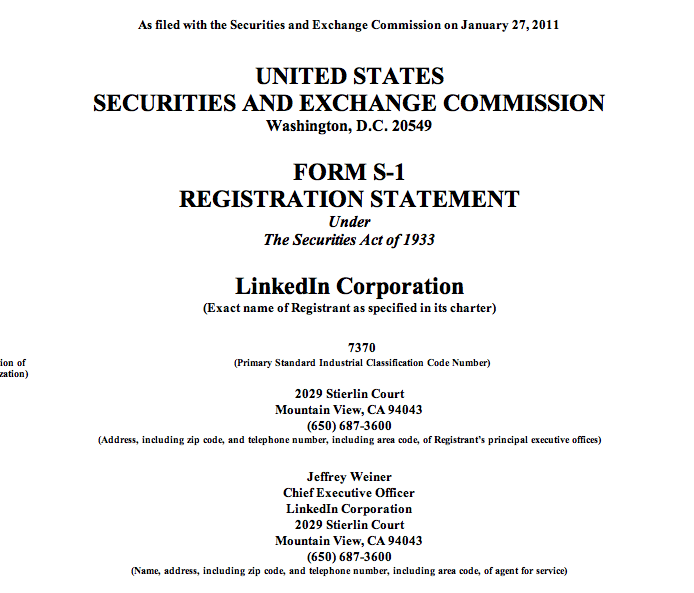 LinkedIn has filed the first documents towards its IPO. While that news is interesting enough, we really wanted to get into the meat of the matter.