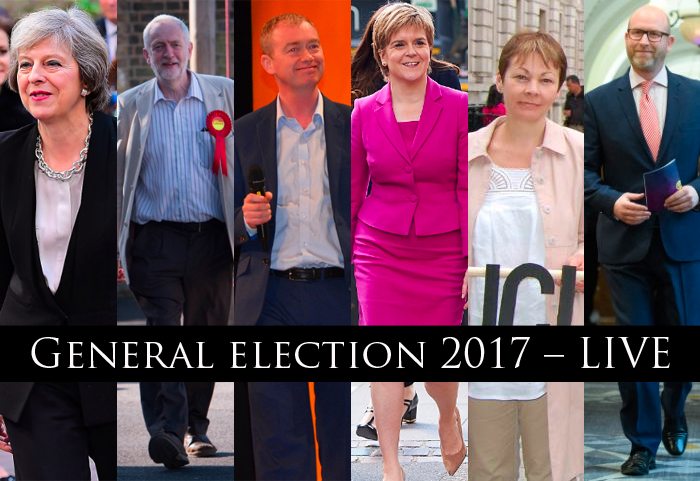 So, about those people who ask for your Polling Number outside the Polling Station tomorrow. Have a read and RT if you find it helpful >> pic.twitter.com/0ZpwoDEpvE

If you believe in Britain and that our best days lie ahead, give me your backing to lead Britain: https://t.co/UMLhONax0d

08:05 Away from policy and research, CV-Library is having a bit of fun with the general election by doing a bit of PR stunt marketing. In 2015 Nick Clegg was on the hunt for a new job after his party performed badly, will anyone be doing the same this year….? 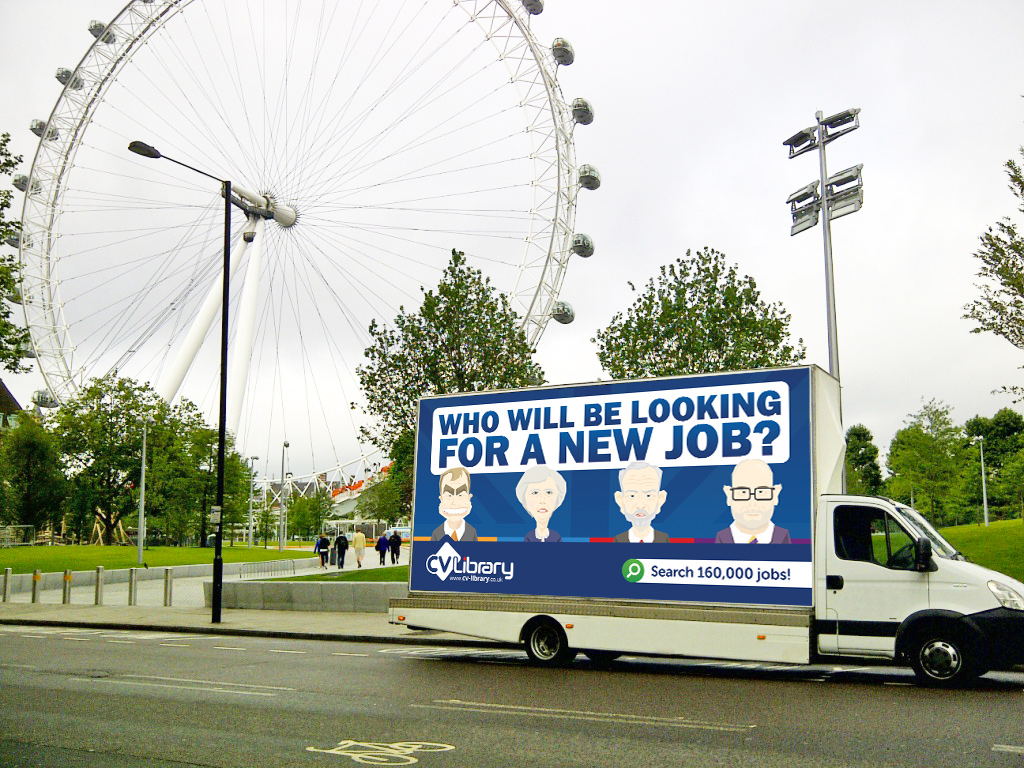 07:58 Whatever your political inclination, it?s important to make your vote count. Research from challenger bank Aldermore found nine in ten small and medium-sized business (SMEs) leaders planned to do just that. Senior decision-makers at 90 per cent of SMEs plan to vote in the election, despite forecasts of a low voter turnout. Meanwhile, some 32 per cent of SMEs in the UK believe the vote will have a positive impact on their business over the coming months. 07:50 Based on 2015 results, we also have summaries for the other three popular parties.

Look at the UKIP?manifesto in full

Look at the SNP?manifesto in full

Look at the Green Party?manifesto in full 07:42 The Liberal Democrats, now headed up by Tim Farron, suffered badly at the last general election in 2015 when its?seat count dropped from 57 to eight. Here is what the party has planned on the business policy front to claw some of those back.

Look at the Liberal Democrats?manifesto in full 07:38 Next up it’s the main party of opposition, Jeremy Corbyn’s Labour.

Look at the Labour?manifesto in full 07:31 The manifestos of the major parties are pretty long documents, despite policy teams only having?a few weeks to bring them together. To help you out with your decision, Real Business boiled each of the six main party pledge documents down into five business policy bullet points each ? giving you an idea of what can be expected from each. Starting with the incumbent government, the Conservatives, here is what’s on offer.

Look at the Conservatives manifesto in full 07:24 Twitter and wider social media has been quite a battleground during this election, and it’s Jeremy Corbyn who makes the first post of the morning. Following a final rally held in his constituency of Islington North, the Labour leader said online: “This is our day. Our time. Our chance. Today, let’s come together and #VoteLabour to transform Britain #ForTheMany, not the few. #GE2017.” Research from Sky News and the Centre for Analysis of Social Media (CASM), looking at the use of “botnets” during the general election, found very few Twitter accounts had tweeted at “super-human speeds”. High-volume tweeters, the research also found, also tended to “espouse more left-wing messages”. 07:18 Turnout is one issue that has cropped up time and time again during recent elections. The lowest turnout in a general election was recorded in 1918 at 57.2 per cent, due to the end of the First World War. Between 1922 and 1997 turnout remained above 71 per cent. At the 2001 general election the turnout was 59.4 per cent, in 2005 61.4 per cent, in 2010 65.1 per cent and in 2015 it was 66.1 per cent. A poll carried out by Cable.co.uk found 42 per cent of non-voters would be more likely to vote if they could do so online. Some 24 per cent of those who do not plan to visit a polling station today said that, if they were to vote, they would vote for Labour, with 16 per cent for the Conservatives. 07:06 In the lead up to today?s vote, Labour?s Jeremy Corbyn was the most searched political leader online in the UK, accounting for 50.27 per cent of all searches in Britain. Theresa May came in second with 36.14 per cent of searches. Research from Captify also revealed that for the month of May, Labour was the most searched for party, accounting for 54 per cent of all online searches for UK political parties, followed by the Conservatives (39 per cent) and Liberal Democrats (seven per cent). Some 94 per cent of online searches for May in the same month were negative, versus 68.6 per cent of searches for Jeremy Corbyn being positive. 07:00 Good morning and welcome to our voting day rolling coverage. Over the next 36 hours we’ll be bringing you general election insights and comments from around the British business community as the public go to the polls and ultimately decide which party will govern the UK. Since Theresa May announced there would be a surprise general election back 18 April, political parties have been scrambling to assemble a set of polices each believe will get the most votes. Between now and when the polls close in 15 hours time, at 10pm, we’ll be providing you with as much information as we can to guide you through voting as a business owner or manager. Real Business will be summarising business policy, hearing from entrepreneurs around the country and posting comments from politicians searching for your vote. If you’d like to share your own thoughts, then please get in touch with our editorial team via rb-editors@realbusiness.co.uk ? using the subject line “General election LIVE”. Related Topic- Labour or Conservative