Perhaps the biggest announcement that hadn’t already been leaked was a £1,000 cut in business rates for small retailers. Given the continuing controversy over the decline of the British high street this is certainly welcome news but we have to ask whether it goes far enough.

The same goes for the two per cent freeze in business rates rises. This will save small businesses a lot of money but ultimately the system itself is flawed and in need of reform.

Lifting all those under 21 out of National Insurance is not just a boost for the young people themselves as employers’ contributions will also be scrapped for this age group.

It’s not all good news for the young though, as the Chancellor announced that the pension age will rise to 69 in the early 2040s and will continue to be linked with life expectancy.

The budget for UK Export Finance will be doubled to £50bn to help businesses move overseas.

The BCC’s director of policy and external affairs Adam Marshall:

@joelhillssky politicians and media obsessed w/shops. There are lots of less visible business premises out there paying ever-higher rates

The British Chambers of Commerce (BCC) has reacted to the Chancellor’s speech.

DG John Longworth says: “While Britain’s economy is improving, and our businesses report strong confidence, the UK is still some way from achieving the truly great economy we need.

“The measures announced to curb business rate increases are positive, but not strong enough to boost companies’ cash flow and investment. The Chancellor should have been bolder, freezing business rates entirely until this pernicious tax can be properly reformed.

City AM editor Allister Heath suggests that  the rates cut for retailers won’t necessarily be the answer to all the high street’s woes:

Ed Wilson, director in PwC’s pension team, says: ‘Linking the state pension age to life expectancy means we could easily see people having to wait many more years before they get their state pension.

Well, we’re satisfied. Would have liked to see more support for online and non-premises businesses though. #AS2013

How do you feel about the freeze in business rates rises? Does it go far enough? Let us know on Twitter @real_business.

The Chancellor has handed over to reaction from Shadow Chancellor Ed Balls and other MPs. Stick with us for all the reaction.

Plans for a boost in export finance are no doubt welcome but there are still concerns that the real issues is raising awareness of the help available.

Recent surveys have suggested that seven out of ten SMEs are not aware of the support available to help them export.

National chairman John Allan says: “Today’s Autumn Statement represents steady progress, with a range of announcements that address members’ concerns in the cost of doing business, with action on business rates and confirmation that next year’s fuel duty rise will be cancelled.

“The statement is a sobering reminder about the scale of the deficit the country faces and the tough choices which need to be made. We therefore welcome the use of what spare resources the Chancellor could find to focus tax cuts on encouraging firms to take on younger workers, which must be an overriding priority.”

Chris Brook-Carter, editor-in-chief at Retail Week comments on plans for a tax break for small retailers:

“It is encouraging to see the Government finally addressing the enormous burden of business rates and in doing so recognising the huge contribution retailers make to the economy. On behalf of the sector, Retail Week has been urging Government to tackle business rates, and while this move does not go far enough, retailers will welcome at least a little respite next year.

“However, if retail is to really provide the impetus behind a sustained recovery of the UK economy, the Government must go further. And we continue to call on the Chancellor to freeze business rates in 2014, reinstate the delayed property revaluation that was originally set for 2015 and launch a complete overhaul of whole system.”

New from the Bank of England: interest rates and quantitative easing will be held at the same level.

Employers will no longer have to pay National Insurance Contributions for workers under 21 years old, Osborne confirms.

Businesses struggling with energy costs will be pleased to see Osborne confirm that green levies will be rolled back.

He also announces the continuation of a freeze on fuel duty. A recent FairFuel UK poll found that 84 per cent of SMEs said profits were down because of the cost of petrol and one in ten said they may have to sack staff as a result.

In a move aimed at bringing life back to the high street, Osborne announces a £1,000 business rates cuts for small retailers in premises valued up to £50,000. He will also half rates for businesses taking on empty premises.

Osborne will extend business rates relief scheme until April 2015 and confirms a two per cent cap on business rates rises. He will also allow business to pay rates in 12 monthly instalments.

Chancellor announces an expansion of the StartUp Loans scheme to help 50,000 more entrepreneurs to fulfil their ambition of starting their own business, and an extension of the EIS scheme.

Osborne says they will be creating 20,000 apprenticeships over the next two years by funding employers directly through HMRC.

Osborne says that the “the culture of worklessness” is coming to an end under the Coalition.

Osborne highlights the recent decision to refocus the Funding for Lending scheme away from mortgages and towards small businesses.

Construction companies could benefit as Osborne announces £1bn worth of loans to help free up blocked housing developments.

He announces a new tax incentive for investment in shale gas and other measures to encourage the development of alternative energy sources.

Osborne announces a clamp-down on intermediaries dressing up employment as self-employment and other tax avoidance schemes which he says will raise £9bn in five years.

Osborne says that state pension age will rise to 69 in the late 2040s and that this is justified by expected increases in life expectancy.

Andy Yates, director of huddlebuy.co.uk, says: “The doubling of support for export finance to £50bn has to be good news. Small businesses need all the help they can get to forge new markets overseas.

“I just hope the money filters down to small businesses and entrepreneurs rather than just the larger players and usual suspects that already have the resources to make it internationally.”

The Office for budget responsibility has forecasted that by 2018-19 the government will not be borrowing any money at all and will be running at a surplus.

Exports are a fundamental piece in the puzzle of ensuring our economy grows in a balanced and sustainable way. Ambitious  small exporters will be grateful for the new injection of export finance firms.

Chancellor to double the export finance available to help British firms. Small businesses must benefit from this. #AS2013

Osborne says he will double the budget for UK export finance to £50bn and ensure the new trade minister Lord Livingston will have “all the firepower he needs.”

Osborne takes delight in announcing the latest economic growth figures, some of the most promising since the financial crisis. “Britain is growing faster than France Germany and America,” he says.

“Businesses are expanding but business taxes are too high and exports are too low and we must address that,” Osborne says.

Osborne opens the Statement with the claim: “Britain’s economic plans are working but the job is not done.”

Reactions to the news that the state pension age will be increased haven;t generally been positive. Frances O’Grady, the Trades Union Congress General Secretary, said: “However many decades they work hard and contribute, tomorrow’s 69 year-olds will find themselves being sent for the future version of ATOS assessments if they can no longer work.

“Barely half of all men are able to work beyond the current state pension age. Rising it further will simply prolong an agonising limbo between their last job and their state pension.

“This has nothing to do with dealing with unexpected extra pension costs but is part of a long term attack on the welfare state and the dismantling of our national insurance system.”

From a business perspective there are also implications for employee health and motivation. Having to wait longer for state pension could discourage workers fromr retiring, meaning potentially higher costs for employee healthcare and life insurance schemes, and possibly a decline in workforce morale.

As well as the business rates cap we are also expecting to see:

The end of national insurance payments for under 21s.

Changes to the Enterprise Investment Scheme (EIS) to speed up tax relief for the venture capital industry.

An extended freeze on fuel duty.

What do SMEs and entrepreneurs want to see in today’s statement? We asked a host of them and this is what they said.

Osborne is widely expected to announce a two per cent cap on business rate rises today which is to be welcomed, but many would say it doesn’t go far enough and that the system itself needs fundamental reform.

Jong Longworth, DG of the British Chambers of Commerce, said yesterday: “It is heartening that the Chancellor appears to be listening to business, and is planning to limit the damage caused by relentless business rates increases.

“But a tax rise is still a tax rise. Although a cap on rates would spare businesses some £300m in tax hikes, and reliefs help many of the smallest firms, companies of all sizes will still be paying hundreds of millions more in rates to the Exchequer next year than the £27bn they are expected to pay in this year.

“The business rates system is still iniquitous, still broken, and still in need of fundamental reform.”

George Osborne will today deliver the Autumn Statement, the second most important annual update on his tax and spend plans (after The Budget).

Some of his announcements have been leaked in the run up to the statement, and we are expecting to see a two per cent cap on business rate rises and an increase in the state pension age.

Stick with Real Business for all the announcements as they happen and our take on how the news could affect your business. 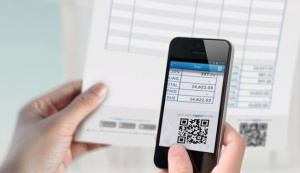 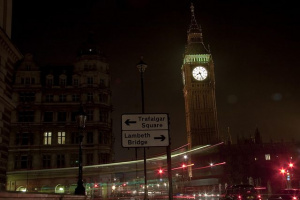 What entrepreneurs want to see in the Autumn Statement